Prosecco DOC Rosé is an invitation to life

The first time you see it fills the Tulip glass, it is an unexpected wonder, which deviates from the classic oenological white/red binarism and gives new colour tones to the traditional celebratory bubbles. A shade of pink full of warm, golden reflections, enhanced by the light perlage that goes up the glass, enchants even the most traditionalist (or sceptical) drinkers.

Visually silky, voluptuously fresh in the mouth: welcome Prosecco DOC Rosé, the colour (and flavour) that expands the range of the world's most famous and iconic sparkling wine. New, or rather renewed over the years by increasing attention, both from the market and from the producers, who have pondered, bubble by bubble, how to enhance an already valuable product. Every drop of Prosecco DOC Rosé, every glass that is quick to serve, every bottle from which the state seal and the capsule with the Consortium logo are delicately removed, contains the absolute certainty of drinking a perfect unicum, with a clean yet profound flavour. In every sip of Prosecco DOC Rosé you can perceive the journey through Italy that the production chain, from the soft clouds of Veneto and Friuli Venezia Giulia, takes on and takes on, in a perfumed wave that reaches every last table, counter, grain of sand on the other side of the peninsula. But the right recognition, as in any self-respecting need or desire for enhancement, requires a step backward to know, unravel and reconstruct the details that led up to it. It's called history, and Prosecco Rosé has more of it than we thought. 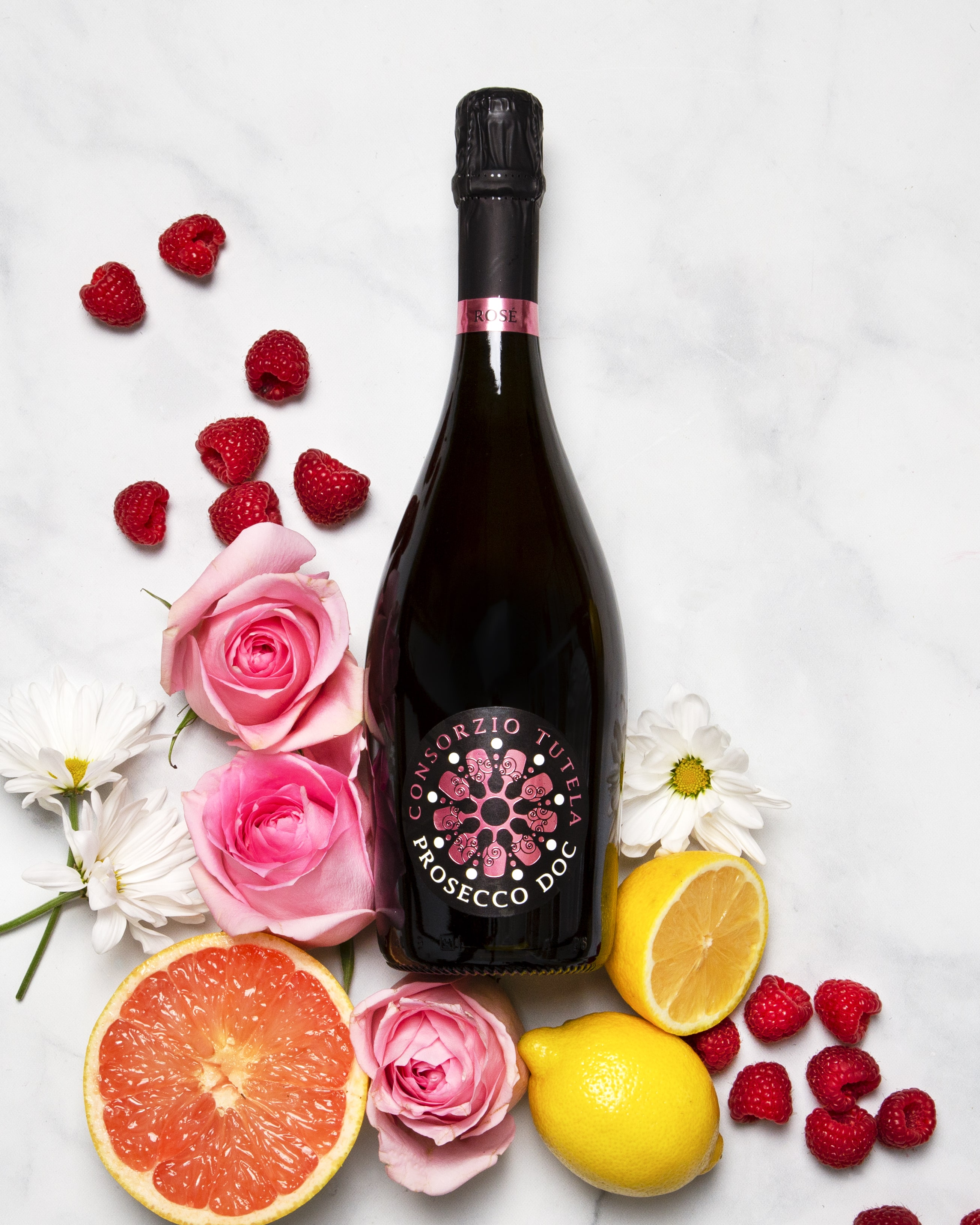 Despite those who dismiss it as a fashion in recent years, or worse still as a variant only appreciated by foreigners, guiltily downplaying its historical and oenological importance. It is partly true that rosé wines are particularly popular on the foreign market, but less so on the Italian market ( although it is slightly increasing), hence the international choice to call Prosecco 'Rosé'. But to exclude them a priori would be to produce a misleading historical statement. In fact, it is history, preserved in the archives and steeped in local stories and data, that reconstructs how the rosé sparkling wine adventure began. Some sources have shown that the history of Prosecco DOC Rosé began around 130 years ago, in 1880, with the first timid blends of white and black grapes, which were fermented using the artisanal techniques of the time. (And immediately there arose in the hearts of all wine lovers the regret of not having been able to taste the unique flavour of the first Prosecco Rosé in history). It was then at the turn of the second and third millennia, between the 1990s and the early 2000s, that it emerged that 57% of the 347 wineries in the 9 provinces of the current DOC appellation vinified Glera and Pinot Nero grapes using the Martinotti method (which is how Prosecco DOC is produced) in customised, often creative and free interpretation proportions. 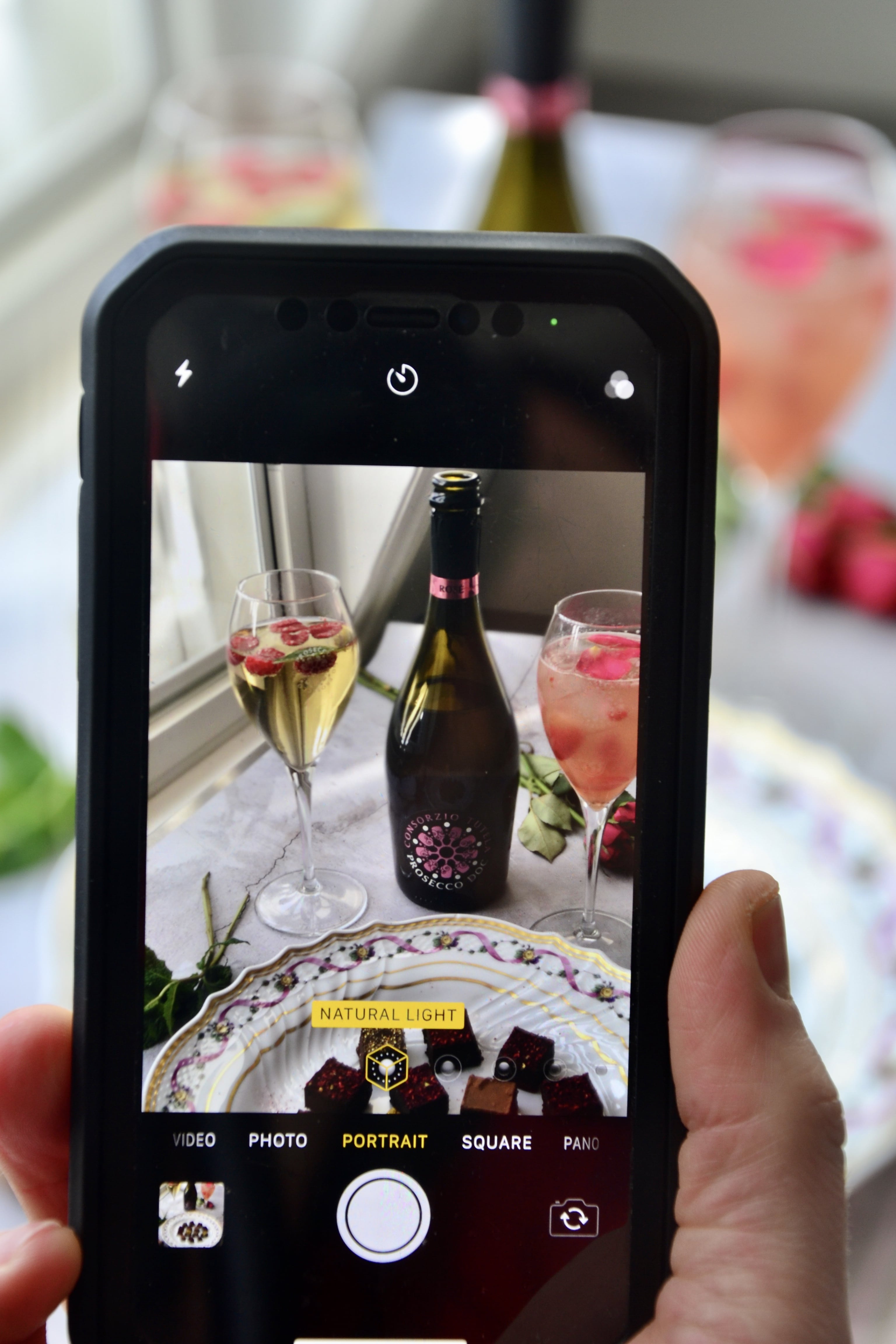 The first brick in the making and construction of the personal history of Prosecco Rosé. The slow evolution of food technology has helped to develop the best fermentation, sugar control, the addition of carbon dioxide, improving and standardising production methods. From there to applying them to different types of grapes, the step was only apparently short. Because in reality, to include Prosecco Rosé in the Prosecco DOC, the task was very demanding.

To enforce a millimetric specification such as that of Prosecco DOC means putting in place chemical analyses, organoleptic and sensory analyses, grape ripening and harvest times, fermentation durations, and so on throughout the entire production process. Extending the parameters and establishing precise must-have points is not so immediate: to many, they seem like cold numbers to be respected, the bureaucracy of the specifications is often read as a game for the creative flair of the producers, but in reality, it is the only guarantee of excellence that covers the entire chain from the first step, from the clod of earth to the sip in the glass. The process of modifying the production regulations to introduce the Rosé type under the protection of the Consortium began back in 2009, with the first proposals falling on deaf ears. 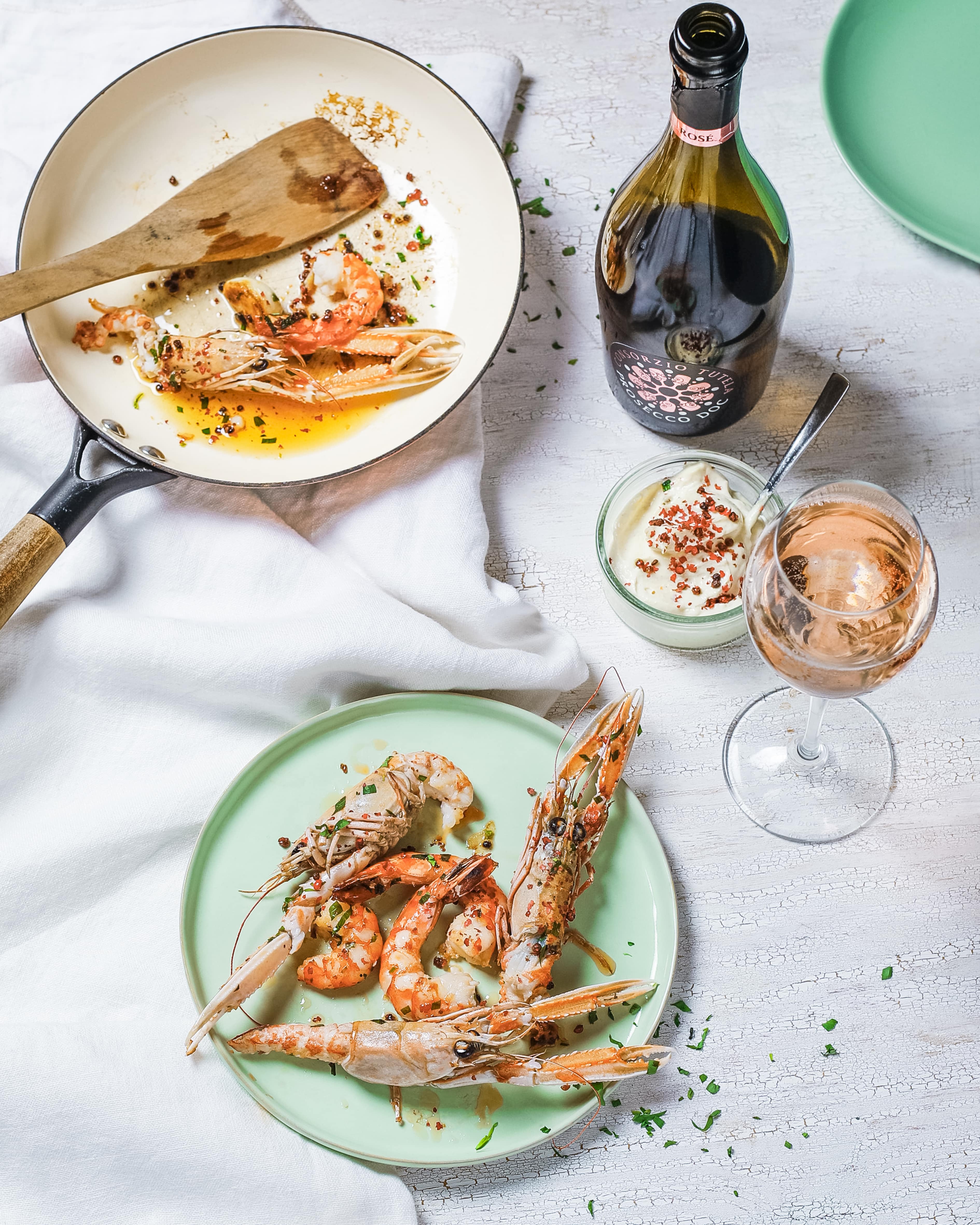 There was still not enough movement, or attention, in the sparkling wine-making of the Glera&Pinot Noir (vinified in red) blend, although some Prosecco Rosé was beginning to make its way. Faced with the ever-increasing demands of the market, which was growing proportionally, fixing the key points became an urgent necessity: work began in May 2019, and the expanded specification officially came into force on 11 August 2020. It contains everything that governs the Prosecco DOC Rosé appellation, starting with the organisation of the carefully regulated harvest, within the limits of the variable weather conditions of the spring-summer preceding the harvest. The Pinot Noir grapes ripen between the middle and end of August, the Glera grapes about two weeks later. It is a waiting game, when the Pinot Noir grapes are placed in contact with the skins for 5 to 10 days, depending on the shade of colour that the producer wants to give his Prosecco Rosé. In the meantime, the Glera grapes are harvested, the Pinot Noir grapes are freed from the skins and the preferred blend is made, respecting the proportions set out in the regulations (85% Glera, 10-15% Pinot Noir) and establishing sugar control: like its brother Prosecco DOC, the Rosé must also respect four types of "sugar content", ranging from Brut Nature to Extra Brut, Brut and Extra Dry. The subsequent sparkling process, the moment that definitively defines the range of the sparkling wine, lasts 60 days and the bottle can finally reach the market. From there, it's personal taste and matching. But there is an irreplaceable imagery that precedes, and embraces, the choice of Prosecco DOC Rosé: the freshness, the liveliness of a moment of escape from everyday life, the light idea of spring pink even in the middle of autumn. Hints of acacia blossom, violets and wisteria, and the fullness of red fruits with a touch of green apple and citrus fruits, are enhanced by an effervescence that is an invitation to life. 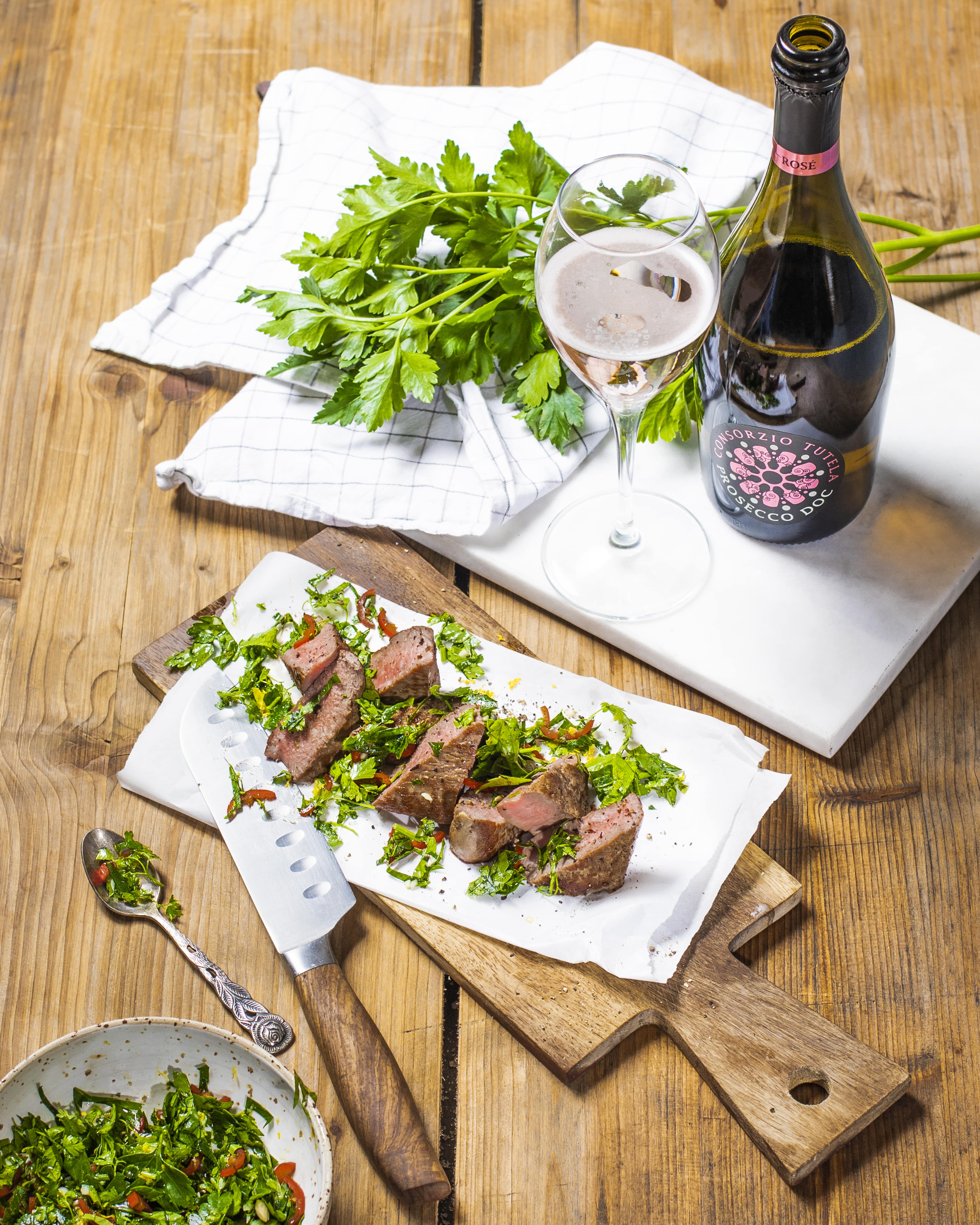 To toast, sweetly, to one's own something to celebrate. 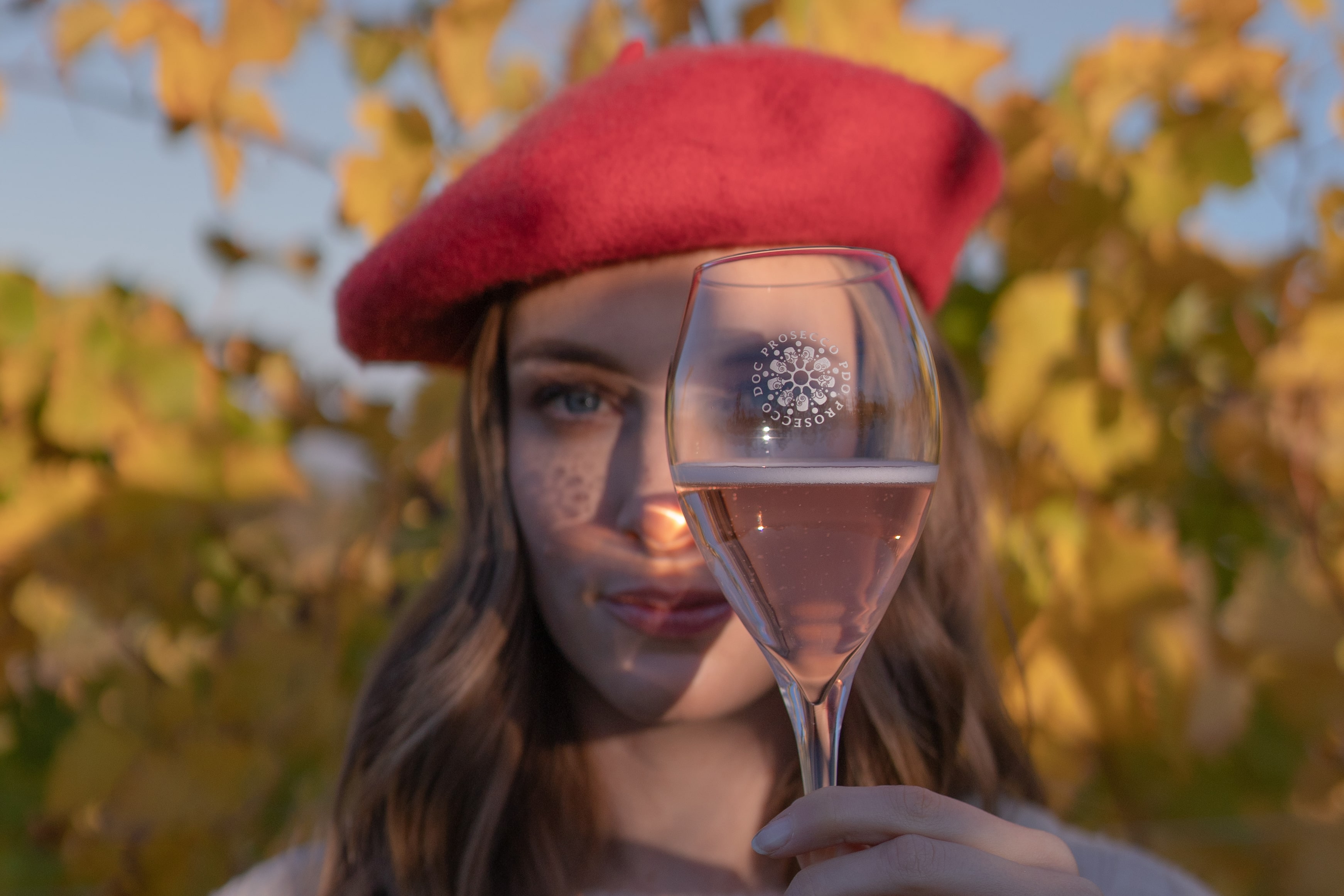