Motorcycles, sailing, volleyball, skiing, the marathon. Each sport has very specific characteristics that identify it and that Prosecco DOC has decided to marry and support with partnerships that have lasted for several years. One of the cornerstones of the Consorzio has always been the protection of the territory and the dissemination of the beauties present between Veneto and Friuli Venezia Giulia and this is one of the points in common with sports competitions that every year bring a lot of tourists who, between one race and the other, take advantage of the free time to discover places and typicalities.

Consorzio Prosecco DOC has been the Official Supplier of MotoGP ™ since 2019 and confirms its support again this year. It does it in a light, engaging and carefree way just like the celebrations on the podium: during the MotoGP ™ calendar, ad hoc quizzes are created to guess the podium on Sunday, as it is done with friends, giving away the chance to discover the lands of Prosecco in suggestive weekends between Friuli Venezia Giulia and Veneto crossing places, activities and good food. On the other hand, the dynamism and the ability to involve a young audience from numerous countries are the keys to this adrenaline-pumping and exciting competition that creates a real "motorbike tourism" towards unusual and characteristic places. The same spirit that has seen the birth of a more long-standing involvement, the one with Superbike, of which Prosecco DOC has been a partner for 9 years, bringing style and Italian way of life around the world. 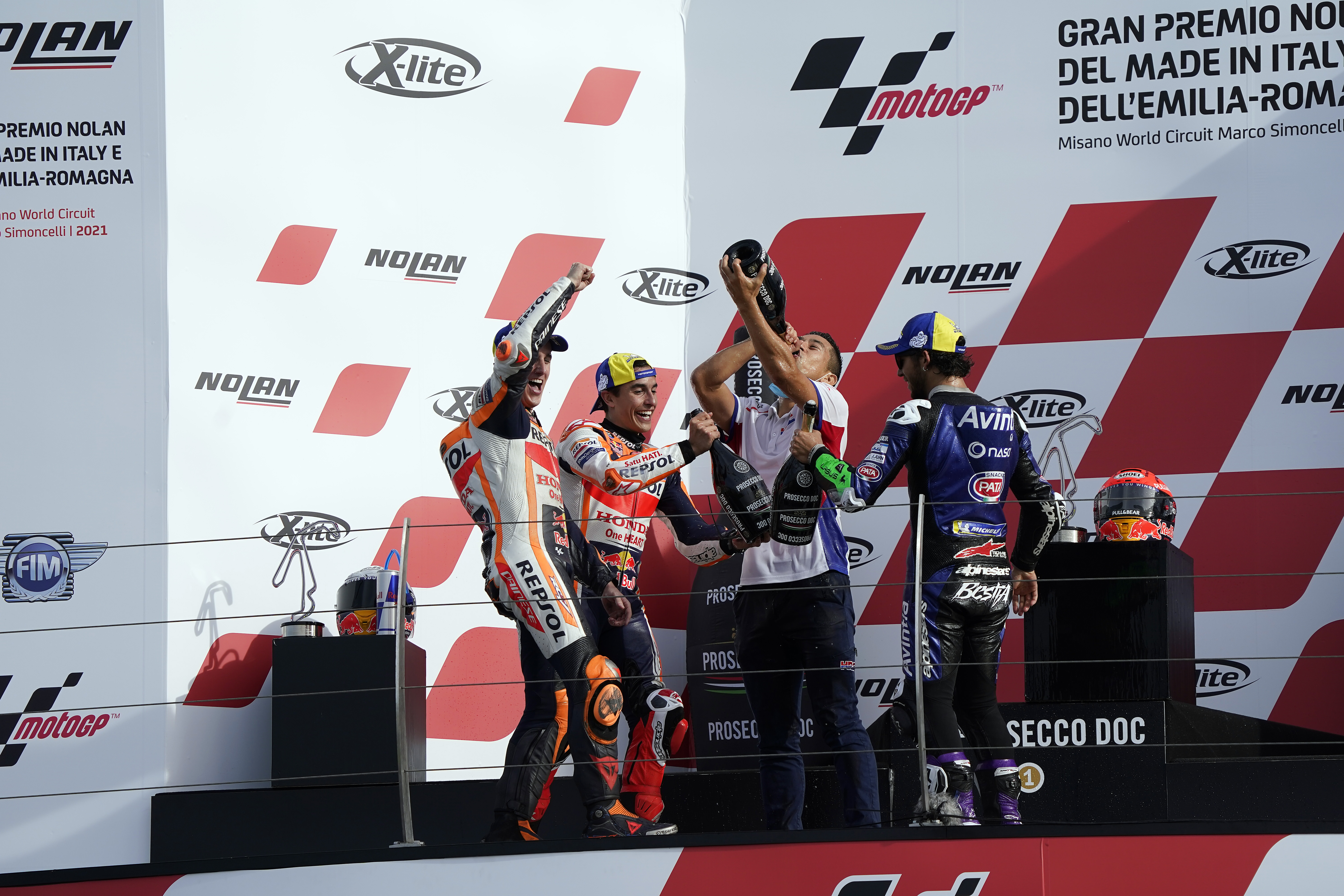 Adrenaline, overtaking, emotions, speed and then the final roar, that of victory. Just like a cork that explodes just before the Prosecco DOC breaks out to celebrate the champion. Let's keep the speed but let's move on the snow to talk about Cortina and the ski world championships that took place in February. A great challenge that has become a symbol of hope, an image of the values ​​of sport and an inheritance for the territory that have made Italy and the world of international skiing proud. Prosecco DOC was present with a special label, with the typical national “Azzurro”, for a unique occasion in winter sports. Always committed to the enhancement of the territory in which it operates, the Consorzio could not fail to support a sport such as skiing in a location like Cortina, the white pearl of the Dolomites, because fatigue, tenacity and the sharing of joy are part of both worlds. The common goal was also to represent the area and promote it through traditions, habits, people both on the track and in welcoming the tourists who came to the event. A great moment of harmony in view of the Winter Olympics, also in Cortina, which will take place in 2026. 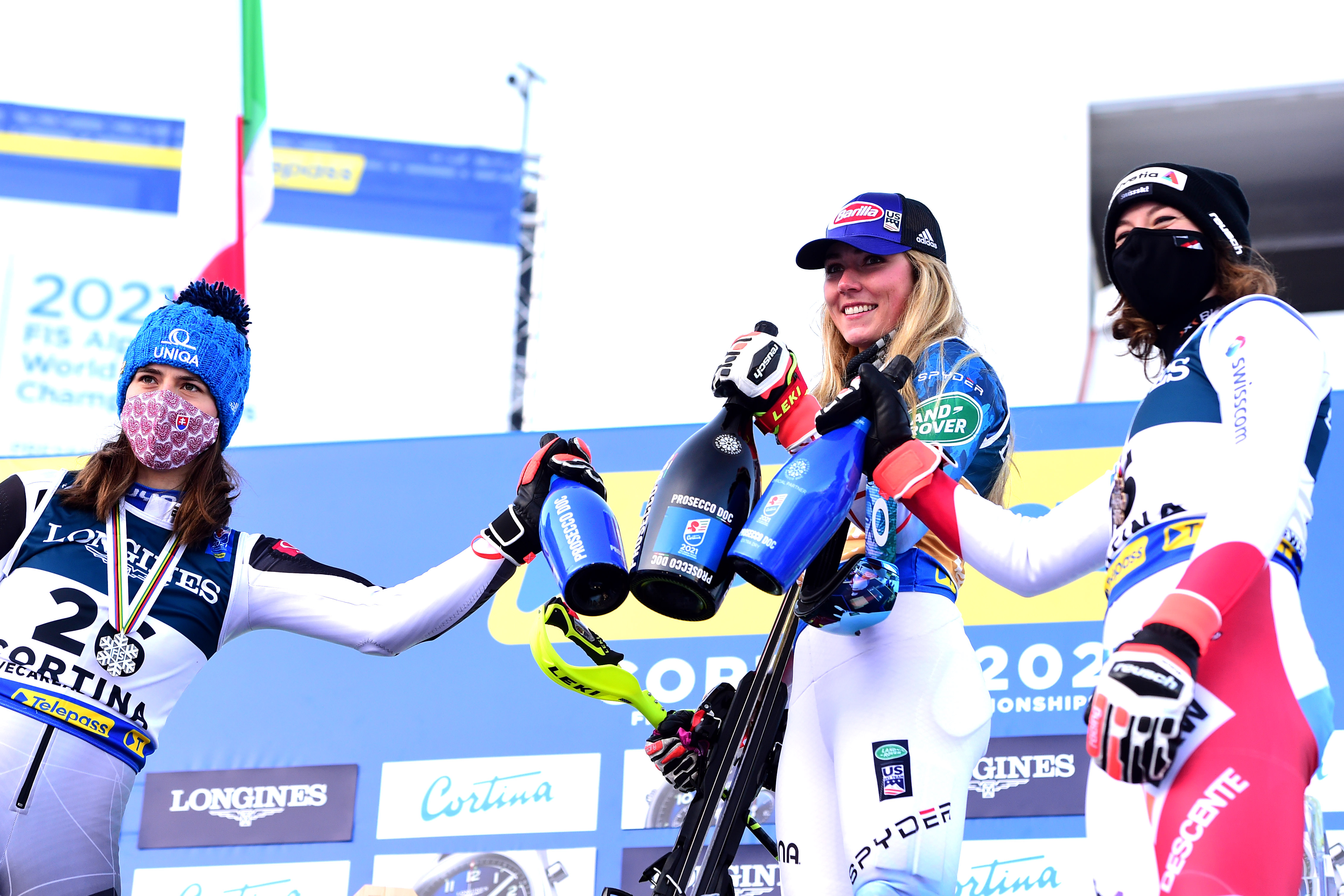 Talking about sport, territory and excellence immediately leads to Conegliano and Prosecco DOC Imoco Volley, of which Prosecco DOC has been an institutional sponsor since 2014 and a naming sponsor for a few months. A very young reality, born in 2012, an energetic female team led by competent technicians who in recent years have given infinite reasons to celebrate to an always very warm audience. Just think of the very high average of visitors for home games and the results that, in nine years, have brought "the panthers" to four SuperCoppa Italia, three Coppa Italia and four league titles. Tenacity and values ​​that it is impossible not to celebrate considering that today they are World, European and Italian Champions.

Talking about Prosecco lands also means talking about the sea, Trieste and the Barcolana that the consortium has been supporting for six years now and which had a special edition for the 50th anniversary of the regatta that brings thousands of visitors to Trieste every year. Prosecco DOC boats are a great pride: Ancilla Domini, Selene, Portopiccolo-Prosecco DOC and Portopiccolo, which have recorded great successes with excellent placings and victories. All this always in favor of the territory, of environmental sustainability and of the complicity that sports such as sailing bring with them and that the Consortium shares with great enthusiasm. 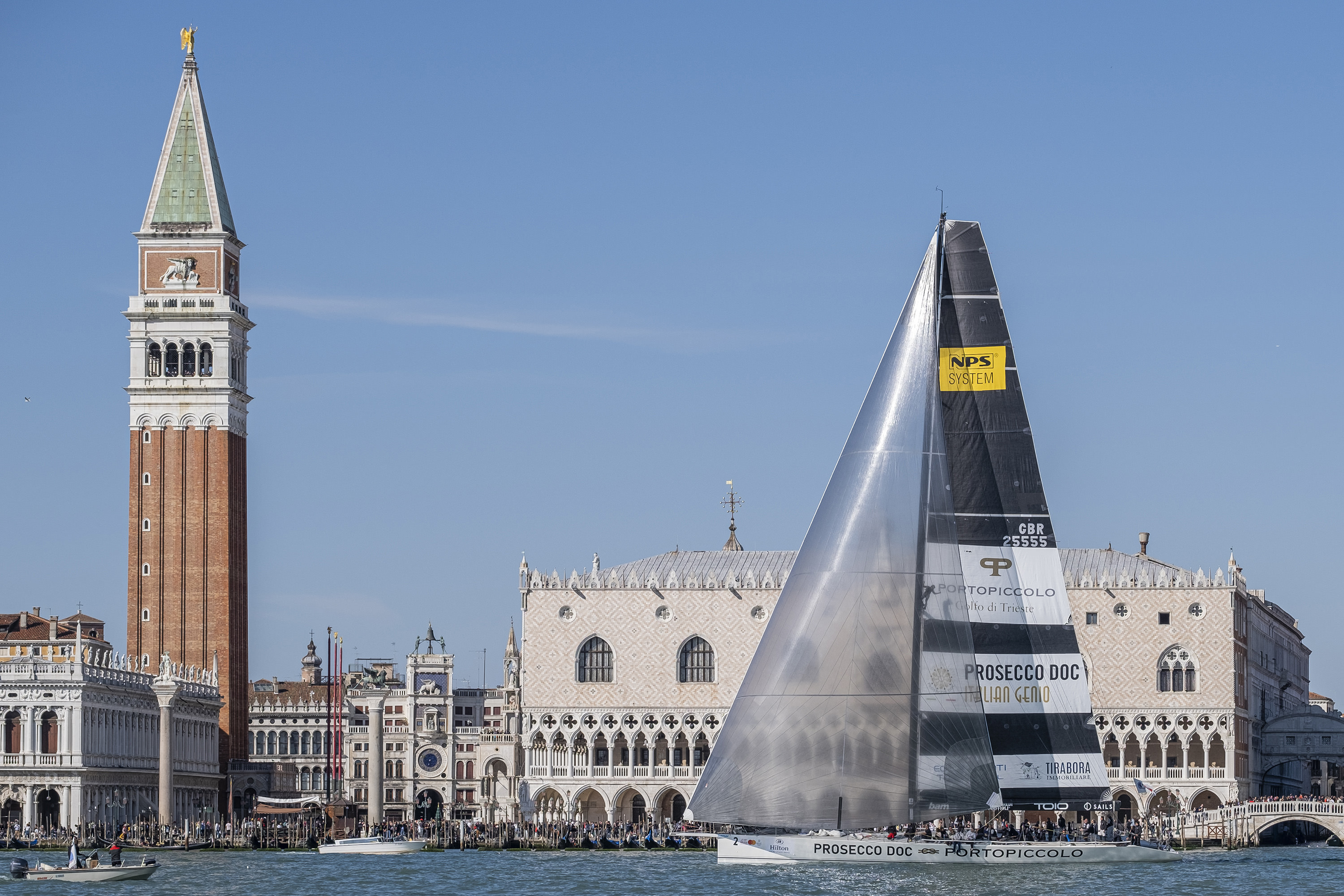 Finally, two great new entries between the partnerships of Prosecco DOC with the world of sport. The first news is full of great events that will take place in the beautiful setting of Friuli Venezia Giulia. It is called MYTHO MARATHON, it is in its first edition and for the next three years it will organize itinerant stages for the whole region. A road race on the traditional distance of 42.195 km with an innovative formula: 3 different marathons and a single goal, complete them all and enter the Mytho. The first race is on 31 October in Cividale del Friuli to continue in 2022 in Palmanova and end in 2023 in Aquileia. The goal, as always, is to enhance the territory of the Prosecco DOC Consortium, so precious and full of history. In fact, each marathon will develop through a specific path that will allow you to discover every corner of the city that hosts it and its wonders. 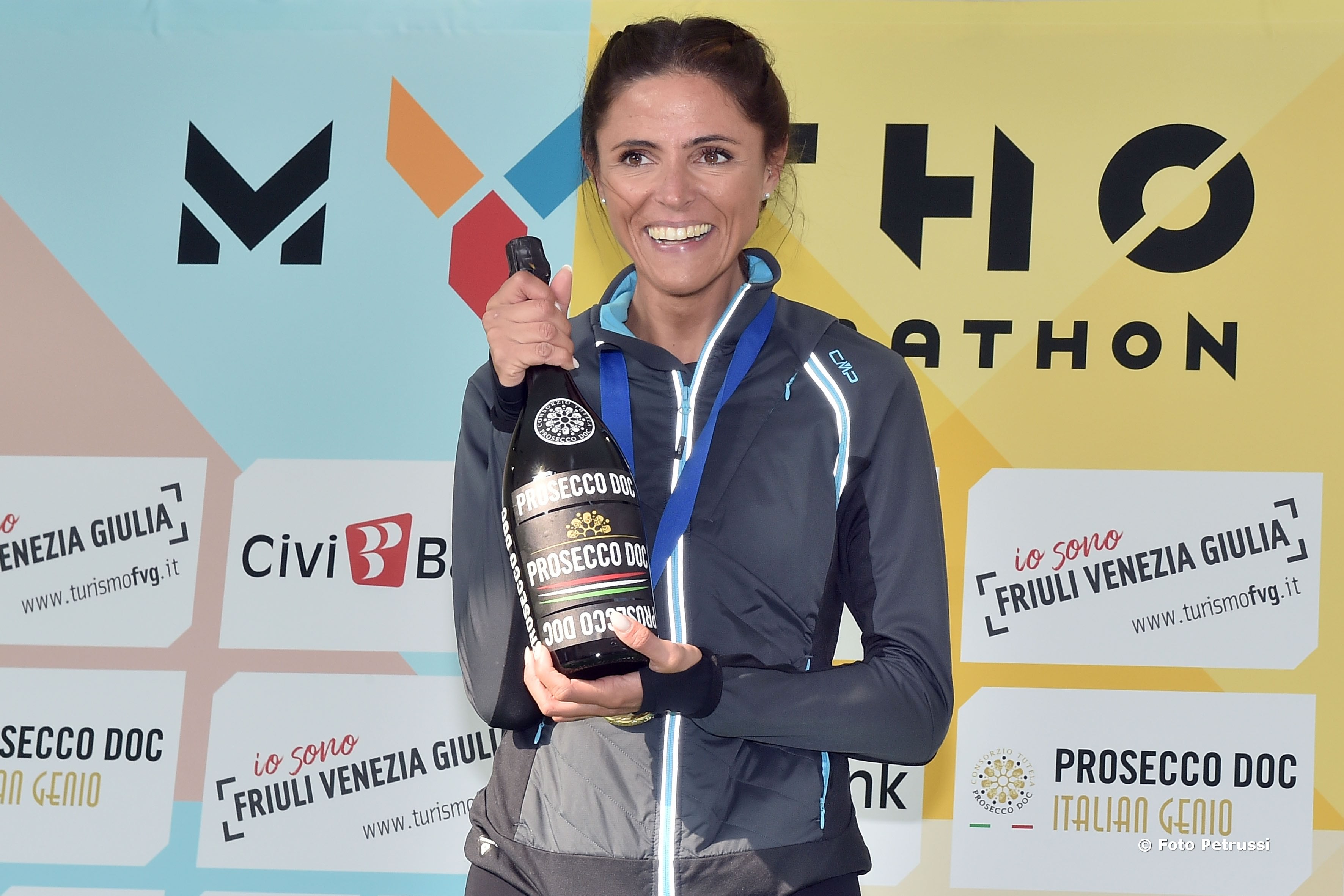 The second fresh partnership of Prosecco DOC is with Benetton Rugby of which the Consorzio is the new jersey main sponsor. The goal is, as always, to look in the same direction that is to represent the territory in the best possible way. "We are extremely satisfied - says Amerino Zatta, the president of Benetton Rugby - to be able to promote a brand of absolute prestige such as Prosecco DOC all over the world. An excellence of our territory with which we share, each in their own sector, values ​​and objectives. I also thank Stefano Zanette, President of the Consorzio Prosecco DOC, for believing in us with the hope that this union will be the beginning of a long partnership ". The world of sport, on the other hand, is in perfect harmony with that of bubbles in promoting values ​​such as teamwork and, at the same time, the right merit to be given to individual individuals. 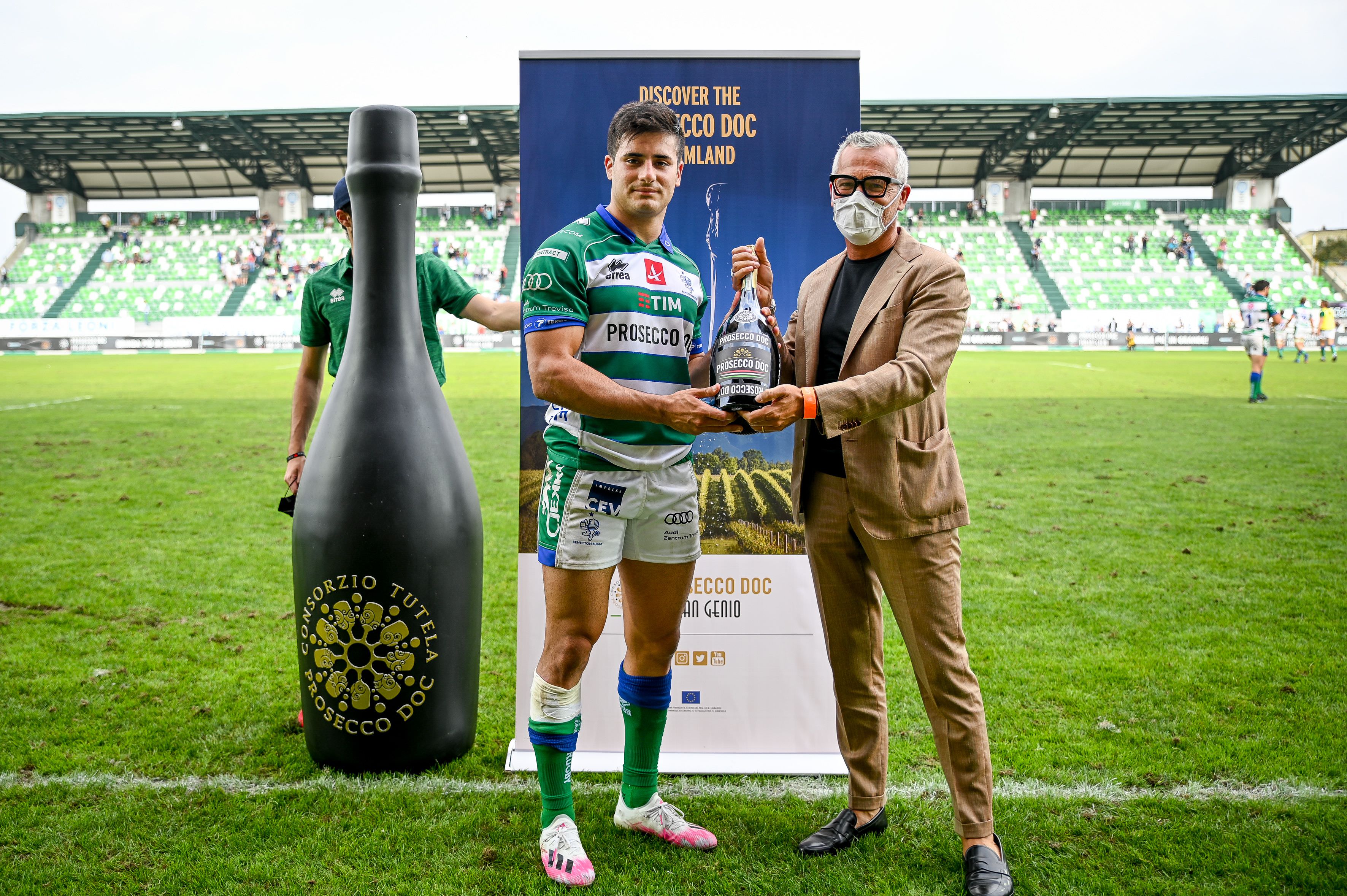