A territory that stretches from Vicenza to Trieste like a river that, with its branches, saturates a place full of history, ingenuity, and know-how. The mosaic rich in nuances with shades, varying from intense green to then grey and blue; fragments that are thickened and softened like a painting in the making, depending on the season and the talent of the man: four provinces, those of Friuli Venezia Giulia, and five in Veneto tell the story of the lands of Prosecco DOC in an extraordinary journey that ends with Pianura Padana that gently flows into the Adriatic.

Just as lightness, liveliness, and a balance between aromas and acidity are the predominant characteristics of Prosecco DOC, so too is Prosecco DOC. Prosecco DOC, the same can be said of the main cities on our journey, which we will discover in this article amidst art, culture, and history. 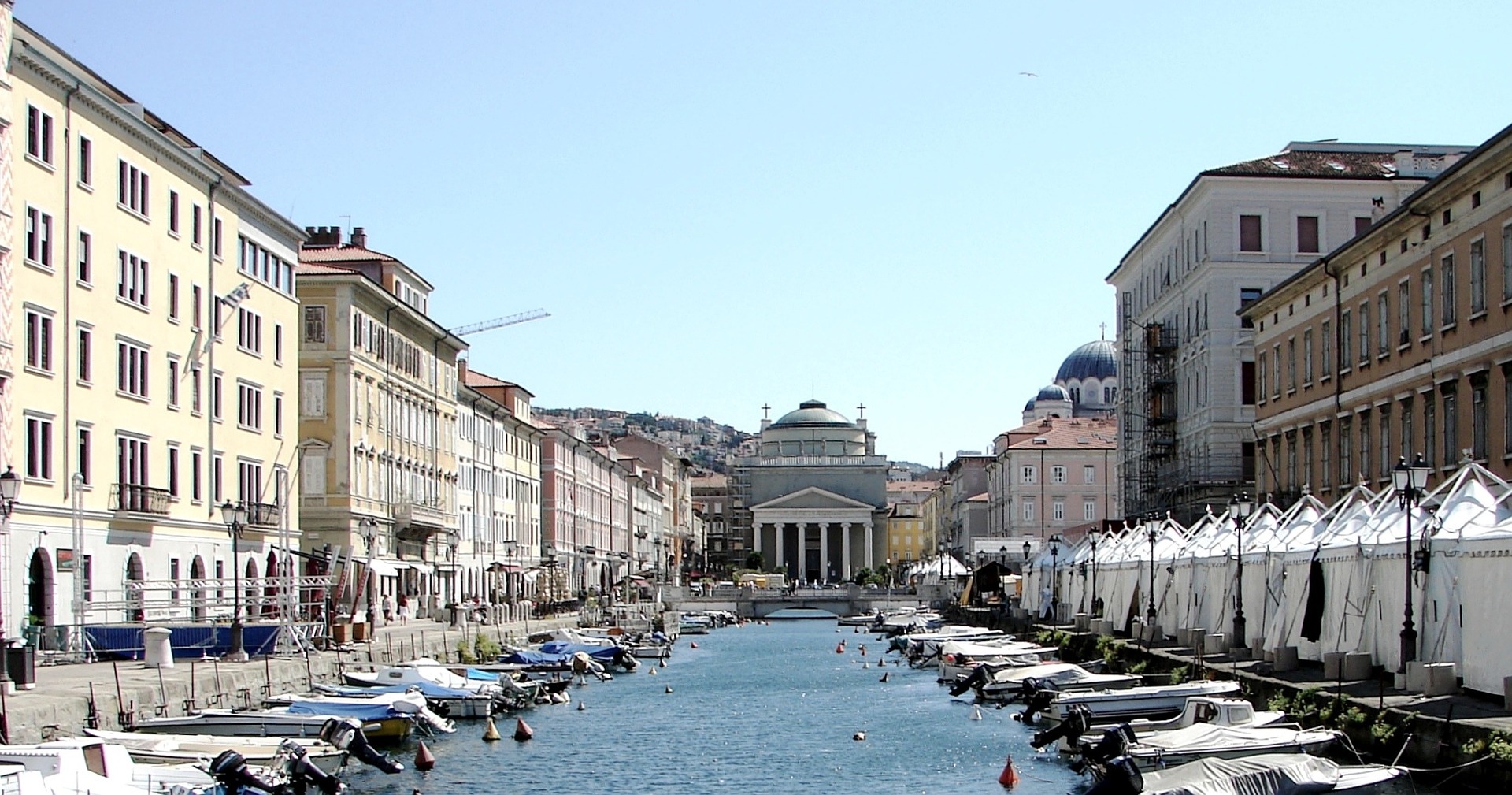 Let's start from Trieste, the city of the Bora and coffee as a way of life, of the Barcolana, the historic international sailing regatta that gives the Adriatic an infinite number of sails. Its beauty can be found in the words of Svevo, Saba, and Joyce who loved to stop in the city's cafés and salons because “Trieste, perhaps more than other cities, is literature, it is its culture", to quote Claudio Magris. It is worth discovering it, starting from its colorful contrasts, its all-Italian elegance, and the first hints of Baltic flavour: gnocchi, risi e bisi, sardoni and granseole proudly stand alongside cevapcici, gulash, jota and presnitz in a language of taste, waiting to be discovered. Just before you continue to the next scene, stop at Miramare Castle and let yourself be bewildered by the infinite beauty of the landscape. 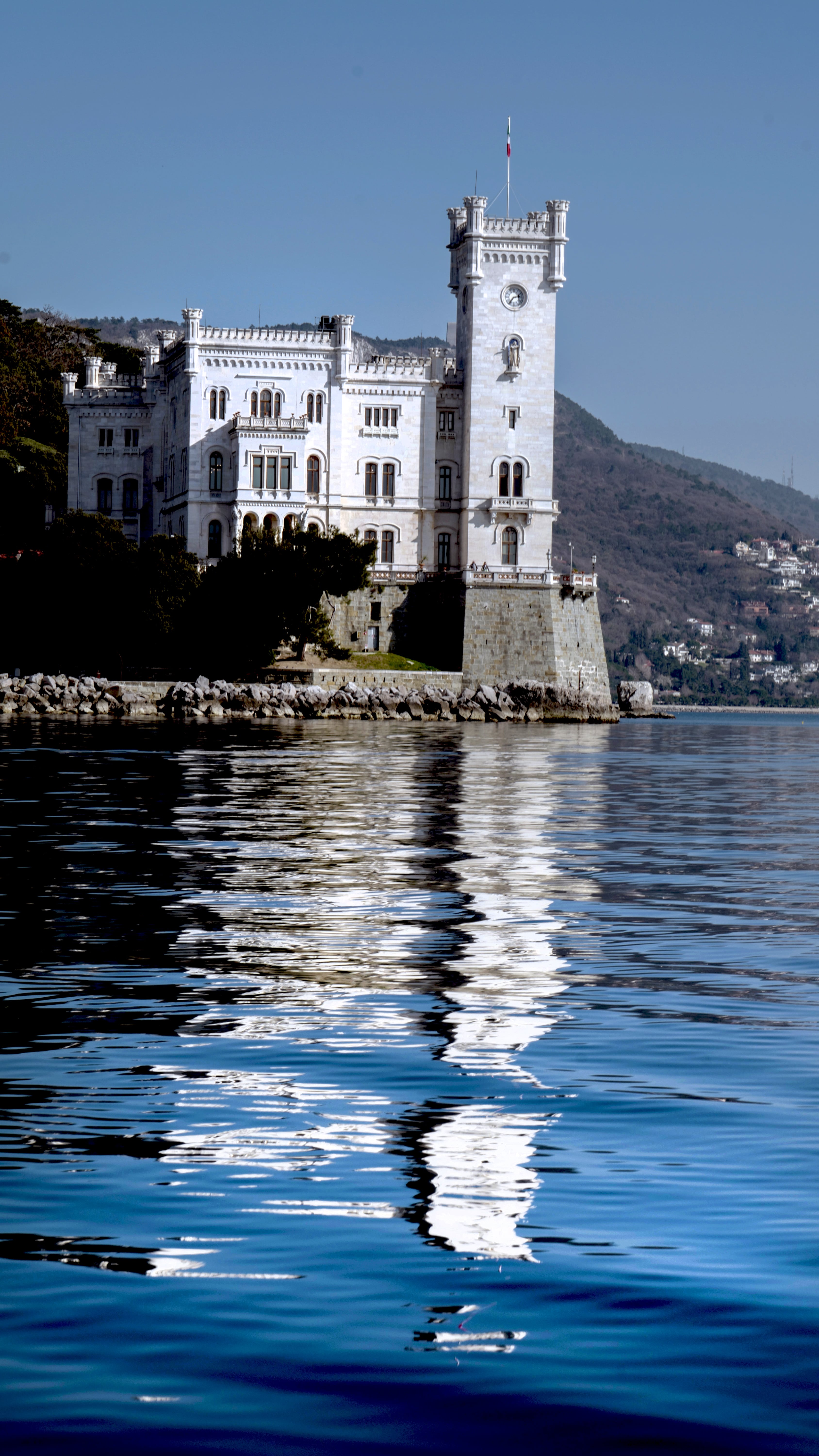 On the road to Gorizia you can see the sites of the war and breathe in the air of the frontier areas even more. A curious fact: in Piazza Transalpina you walk with one foot being in Italy and one in Slovenia, and until 2004 there was a wall to indicate this border. Today it is the ideal starting point for getting to know the city, with its squares, historical residences in the center, and 16th-century buildings: Piazza Cavour, Via Rastello, and Piazza Vittoria are obligatory stops before reaching the Cathedral, Palazzo Attems Petzenstein and the Synagogue. Don't miss the Castle that overlooks the city and Palazzo Coronini Cronberg. Back on the road, it is nice to stop in Grado to discover the lagoon by bicycle, in Aquileia, an archaeological area so significant that it is considered a Unesco World Heritage Site, just like nearby Palmanova, where it will be fun to stroll through its stellar design and conclude with Cividale del Friuli, a walled city with its unmissable Lombard Temple, before resuming the journey towards Udine. 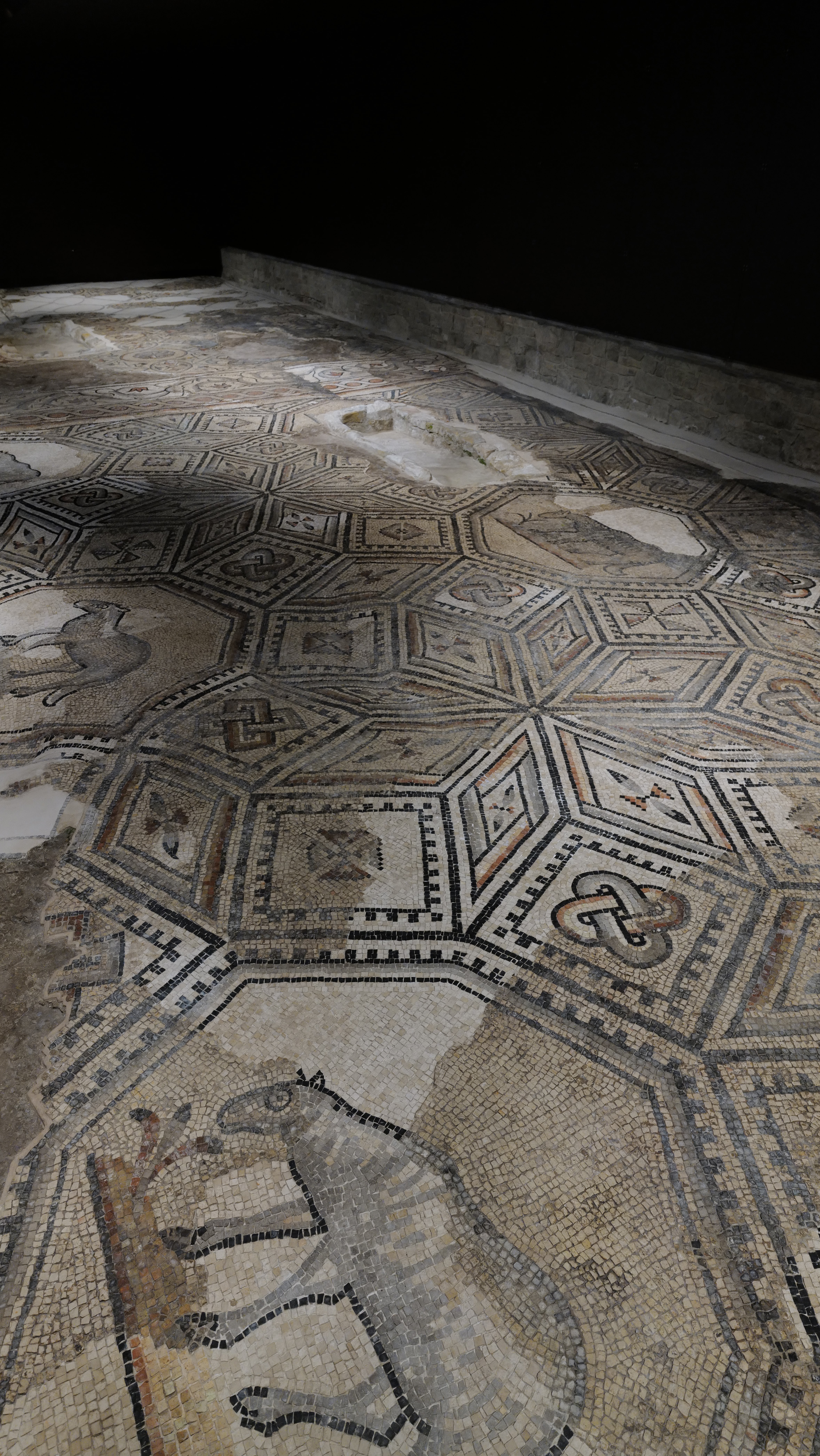 Here we are in Udine, a human-scale city, a place where you don't arrive by chance and 'an hour from everything', a feature that makes it an excellent base for discovering this part of the Prosecco DOC lands. Udine is the ideal place to sip sparkling wine, eat and enjoy time without a precise destination: it has welcoming porticos and squares, Tiepolo's masterpieces and a Castle that immediately makes it special. The canals around the city are amusing; they are not very well known and make the center truly special: the most striking are in Via Zanon, Vicolo Molin Nascosto and the Borgo Mercatovecchio passage. The last gem is the view from the first floor of the Trattoria ai Frati.

Pordenone sets out the places where the Prosecco DOC lands are. A city that breathes of Friuli but also of Veneto, it is a fine mix of art and shopping to be alternated with the nature that reigns supreme in the surrounding area. Not far from the town is Spilimbergo and its school of mosaics, Maniago, the birthplace of Italian cutlery art, Sacile with one of the prides of Made in Italy craftsmanship: Fazioli, a leading manufacturer of pianos, producing only a few pieces a year. And then Polceningo with its beautiful Gorgazzo spring, also known as the "portion of the liquid sky" for its turquoise reflections, and the Palù di Livenza site, a UNESCO heritage site among the Neolithic pile-dwelling sites of northern Italy. 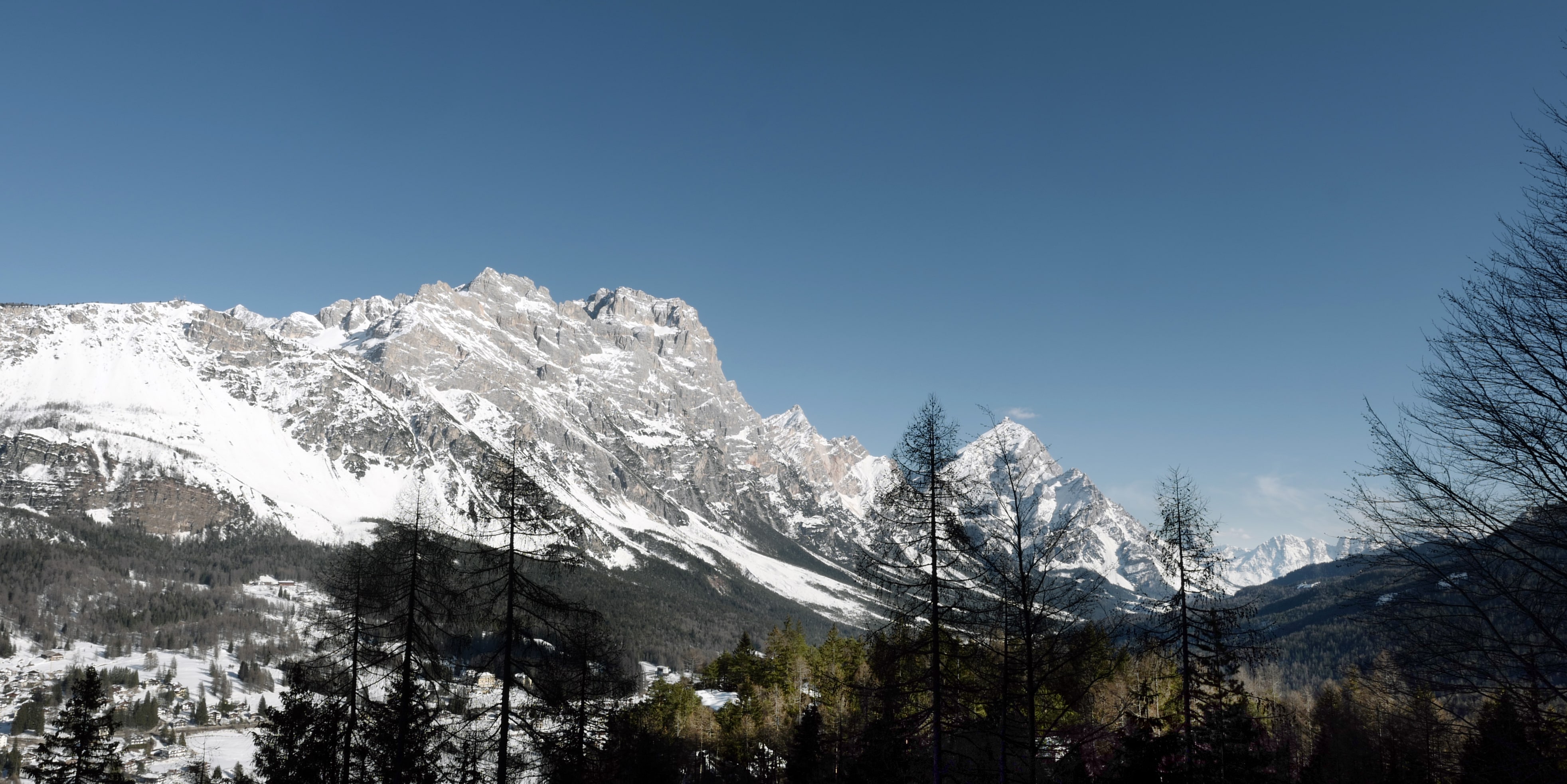 With Belluno we officially enter the Veneto region. In an area of undisputed charm, protected by the Dolomites and bathed by the Piave River, the city is intriguing in the variety of its forms: the library and its pleasant arcade, the Basilica of San Martino and its bell tower that recalls the East, then the Interactive Museum of Migration. Sports and nature lovers will find Cortina, wrapped in its timeless elegance, the Dolomites and the Cansiglio Forest, in the Carnic Prealps, the ancient Forest of the Doges of the Republic of Venice, which still amazes with the colors of the beech trees that change from season to season.

We enter the province of Treviso with the splendid artistic stop in Vittorio Veneto where, between September and October, the winner of the City of Vittorio Veneto Violin Competition - International Prosecco DOC prize is announced. This is also the place for the pleasant evenings with the Cinema in cantina, where the visits to the winery to be experienced from a more cultural point of view. Organised in the cellars by the Consortium and the Sole Luna Association, each year they explore different topics through selected films. This year's theme will be man's profound bond with the land through emotions, challenges and traditions. A naturalistic pause is a must at the Grotte del Caglieron, with its cavities of artificial and natural origin, waterfalls and a route that unfolds in highly evocative places, and Sarmede, the town of fairytales, but also art and magic. 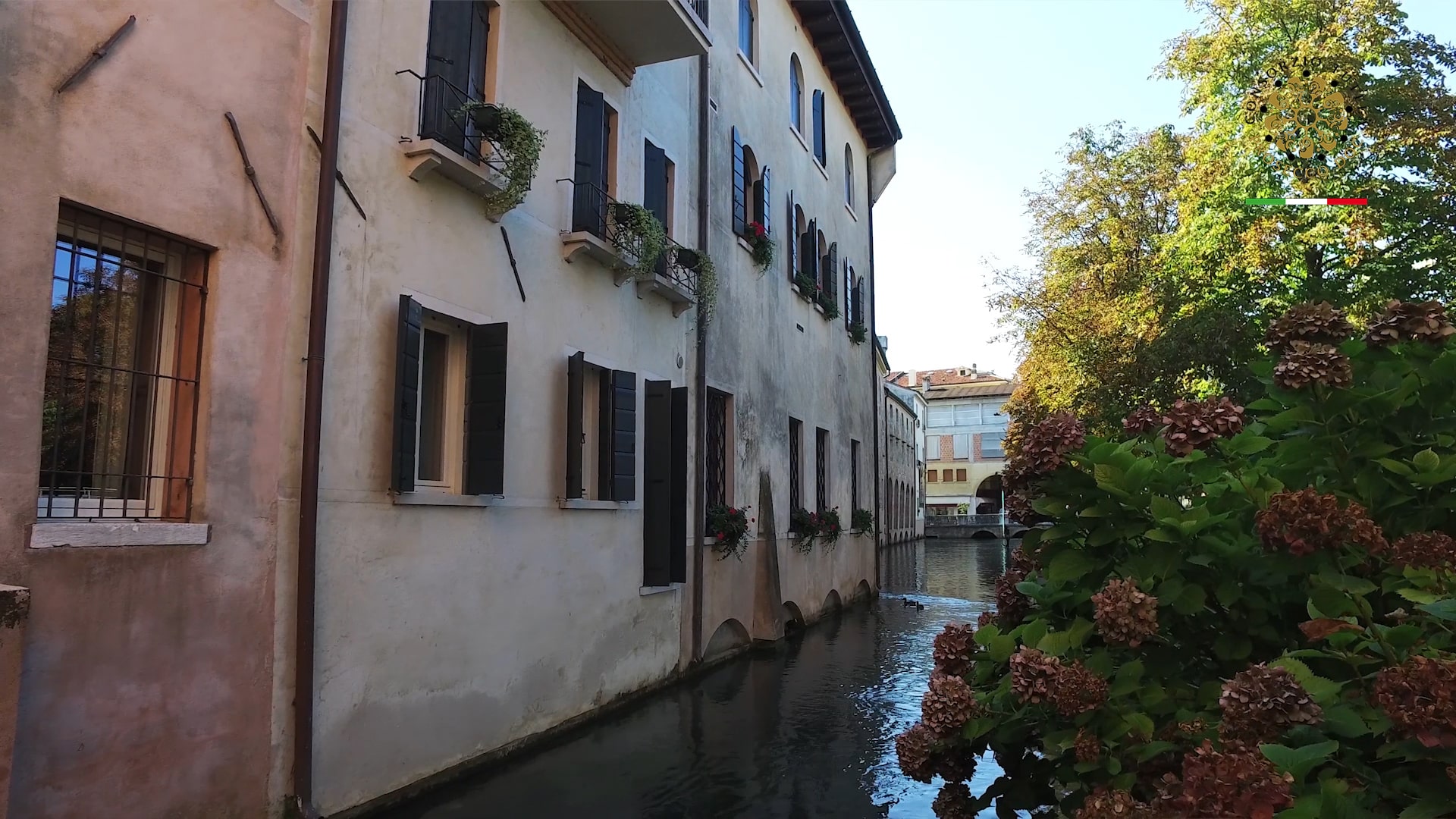 After all this walking, Treviso is also dedicated to food and slow living. Lose yourself in the streets, enjoy the sights and then stop to savor the cicchetti (snacks) on the Isola della Pescheria where every morning the ancient fish market is held and in the evening it takes on a different vibrancy with specialties from Treviso and, of course, Prosecco DOC by the glass. 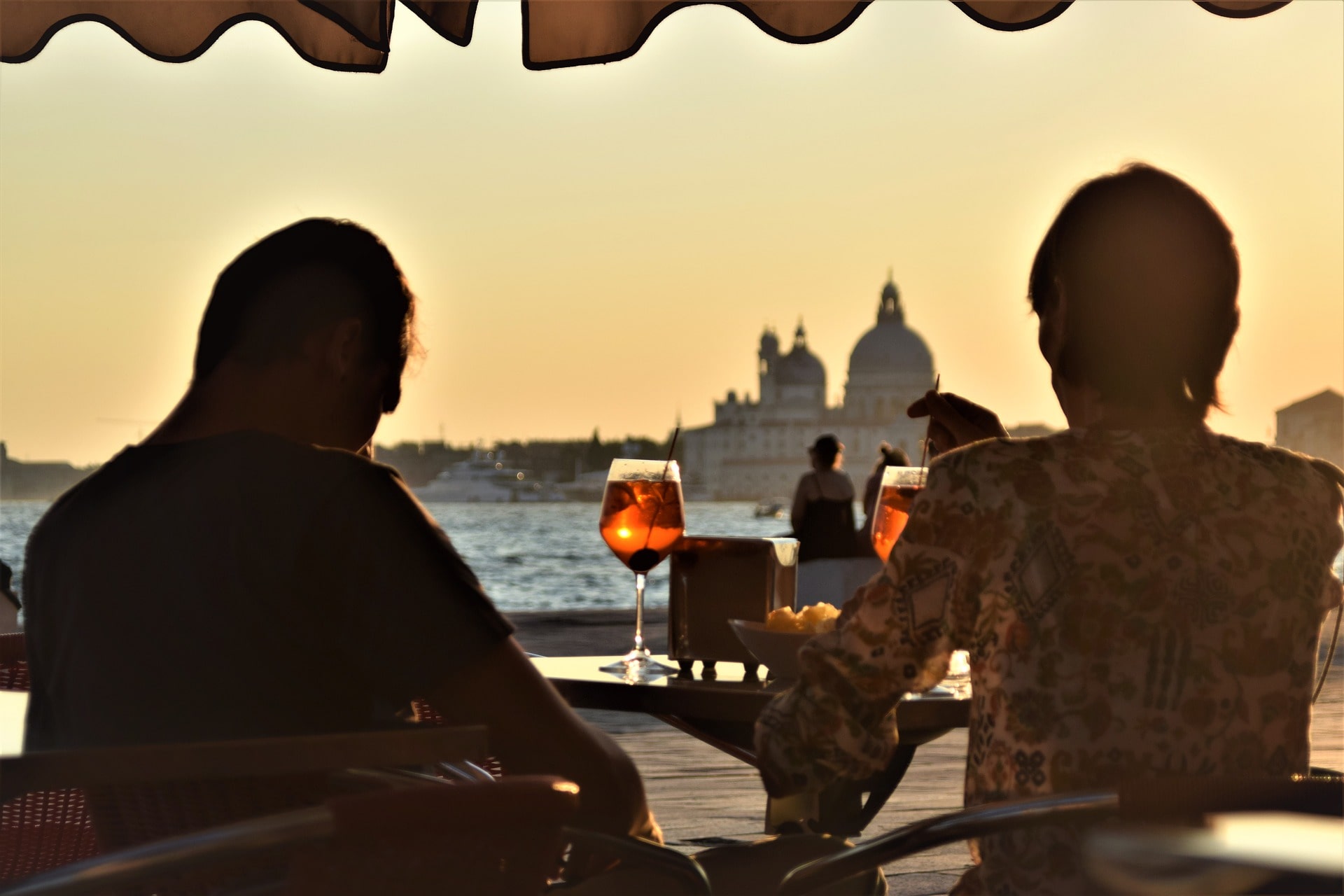 Venice continues the carefree philosophy we started within Treviso. The city is worth discovering from its flavours in the bacari that are spread around the city, and the "ombra de vin" that proudly accompanies cicchetti between robust platters of cured meats and cheeses or fun sandwiches to sample here and there. It's up to you to choose between a fragrant Bellini, made with Prosecco DOC and peach pulp, or a classic Spritz, with a more pronounced flavour, where Prosecco DOC meets Select (a true icon of the Venetian aperitif) with a green olive. The result, following the original recipe, is refined and intense, truly exclusive. 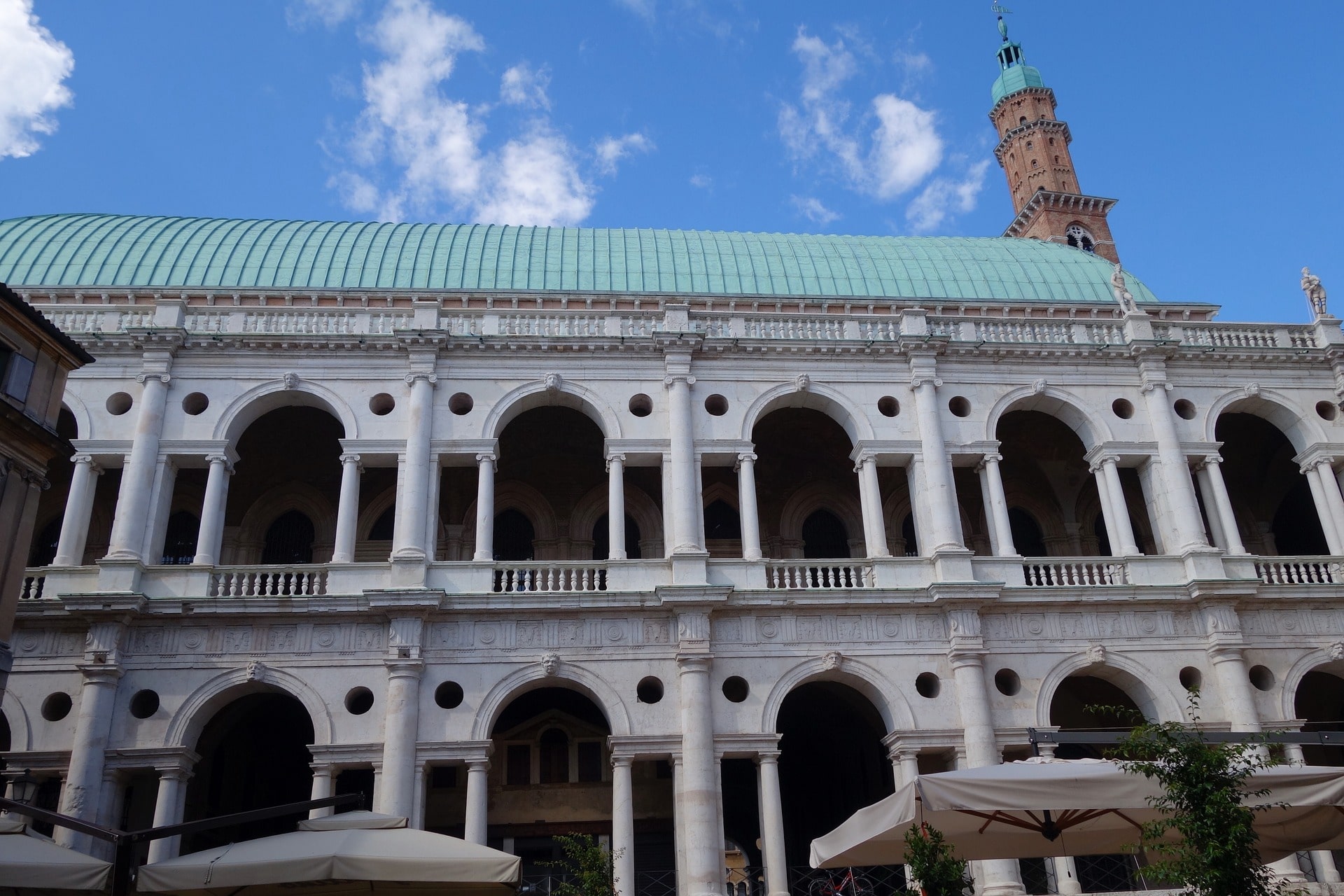 From Venice to Padua you will pass through the area of the Venetian Villas: choose the best ones, dedicating time to the Palladian Villas on the way to Vicenza. They will be a pleasant stop before arriving in Padua to visit Giotto's Scrovegni Chapel, the Civic Museums housing works by Tiepolo and Tintoretto, and the Basilica of St Anthony of Padua. Stop to admire the University and the historical places linked to it: the Botanical Garden, the Specola, the Anatomical Theatre. Between the end of the 1500s and the beginning of the 1600s Padua saw Galileo as one of the cultural protagonists of the scene, with the prestigious chair of mathematics. These were the most beautiful and fruitful years when the scientist created numerous texts, instruments and elaborated revolutionary theories.

Then the many squares that invite, once again, to socialising and the lightness of a glass of Prosecco DOC. 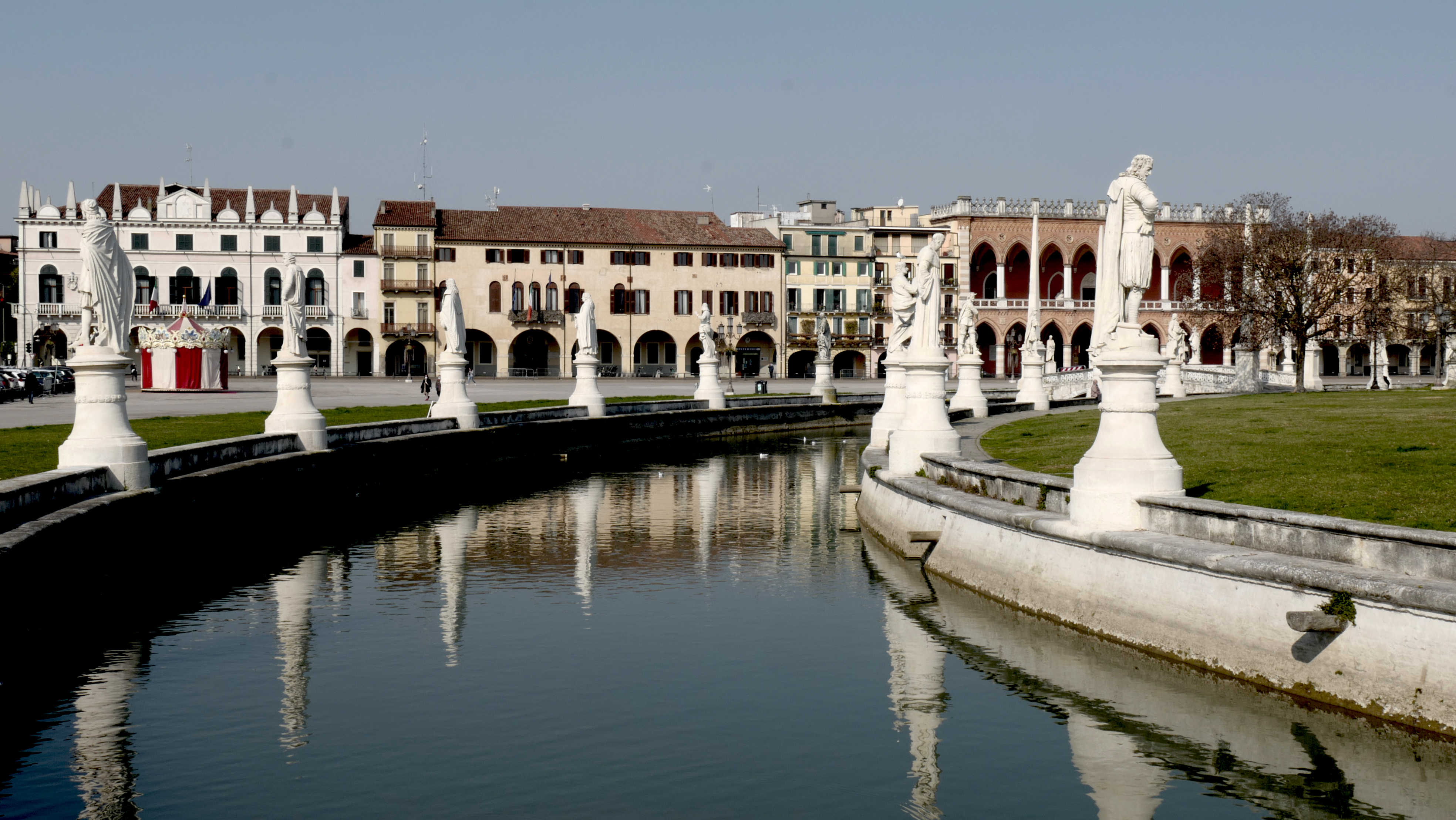 Finally, Vicenza is a polite, discreet place. It is beautiful, with ancient and inconspicuous beauty. Vicenza has Palladio's signature in every corner and shines even on not-so-sunny days. The Duomo and the Basilica Palladiana are as imposing as they are graceful and have a beautiful touch of colour in the blue of the dome, which blends in with the sky. Then there is the Loggia del Capitanio and Palazzo Chiericati, which show how beautiful civil architecture can be. And then there is the Hugo, light, fragrant and persistent, and the baccalà mantecato to spread on polenta or as you like. This is Vicenza too, politely greedy but certainly full of taste and charm. 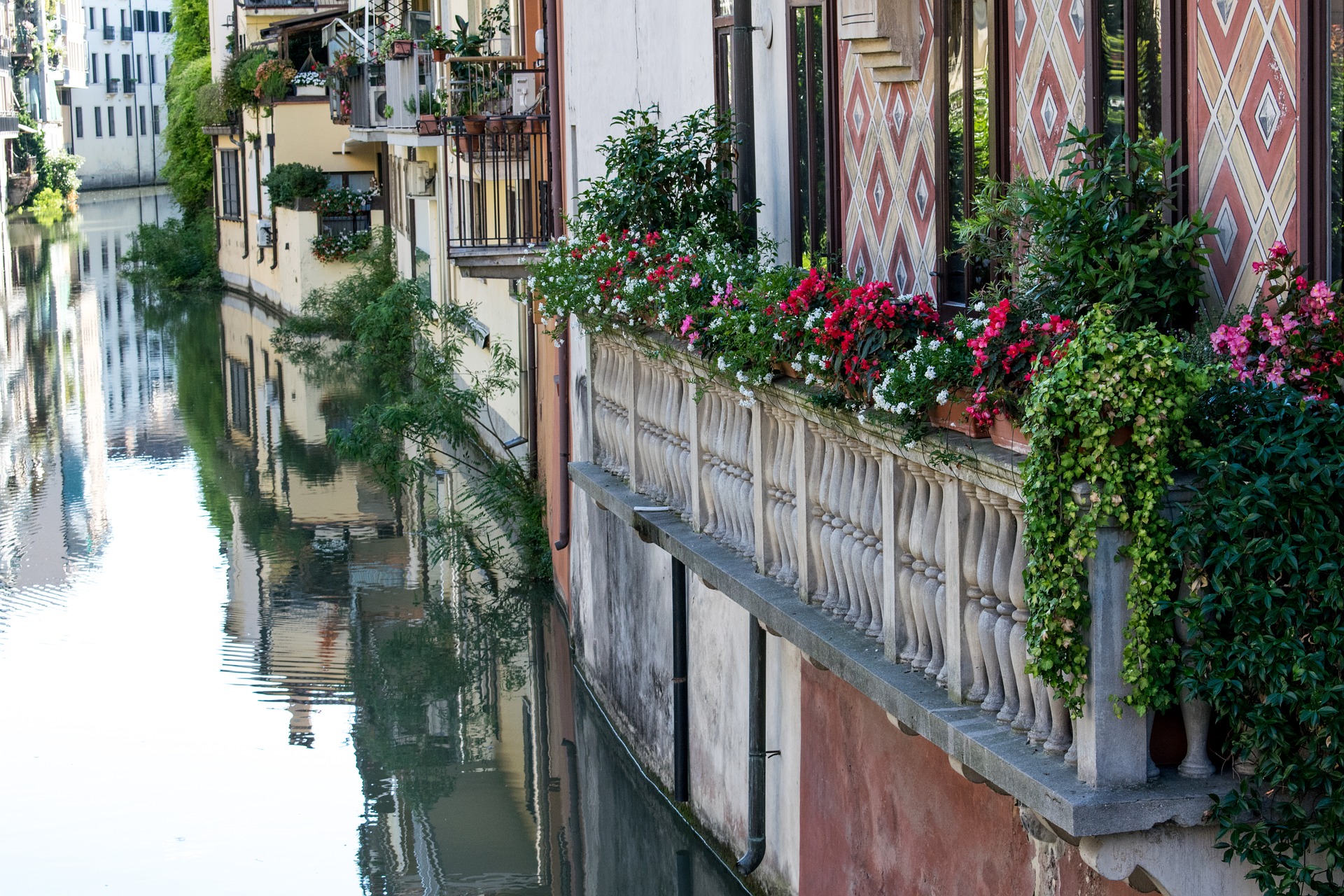