It is always a good moment to share a toast.

Exactly two years after the last edition of Wine Paris / Vinexpo Paris, the Prosecco DOC Consortium returns to the exhibition and starts over right from Paris, where it all stopped because of the pandemic.

In the meantime, the Prosecco DOC Denomination has strengthened by continuing to grow in production and exports and launching the Prosecco Doc Rosé version in November 2020.

During the last two years, Prosecco import share in France increased from about 17 million bottles in 2019 to almost 20 million in 2020. Then, with a jump of 25,9% - to more than 25 million bottles imported in 2021, which confirms France as the fourth most important market after the USA, UK and Germany, historical and main markets for Prosecco.

The French market is worth 5.7% of the total export share, which today accounts for about 80% of the entire DOC production (a total of 627.5 million bottles were produced, including 71.5 million of the Rosè version).

“We will be in pleasant company in Paris - says Stefano Zanette, President of Prosecco DOC Consortium - together with other prestigious French and Italian denominations, as well as small and large wine producers, who represent the best of international wine productions. We have an excellent friendship and successful collaboration with our French friends and colleagues. We hope that this event will become the symbol of the restart of physical exhibitions, boosting our industry’s confidence.”

The Consortium is located at booth 5/3 CD 172, where it will share the spaces with 5 wineries present as co-exhibitors: Astoria, De Stefani, La Marca, Le Contesse, Montelvini.

For the design of the area, the Consortium opted for a country-chic style, combining vintage elements with pieces of design and contemporary art. Thanks to these choices, rather than a traditional exhibition booth, the result is a living area enhanced by the delabré effect of the walls. Part of the furniture was made with recycled cork by Suber, a company known for its state-of-the-art creations and interior design objects developed according to logic and ethics that respect the environment and look to the future of the Earth; a philosophy that reflects the vision and sustainability projects carried out by the Consortium. Visitors will also be able to notice some pieces of furniture signed by Moroso.

During the event, the Prosecco DOC Consortium will also be present at the Be Spritz area dedicated to the world of mixology. For the occasion, bartenders of the Parisian bar Bluebirds will make two cocktails with Prosecco DOC.

The session will be led by the award-winning French Master of Wine and sommelier Dominique Laporte (Meilleur Sommelier de France in 2004 and - again in 2004 - Meilleur Ouvrier de France Sommelier).

The 15 wineries available for tasting at the Prosecco DOC Consortium booth: 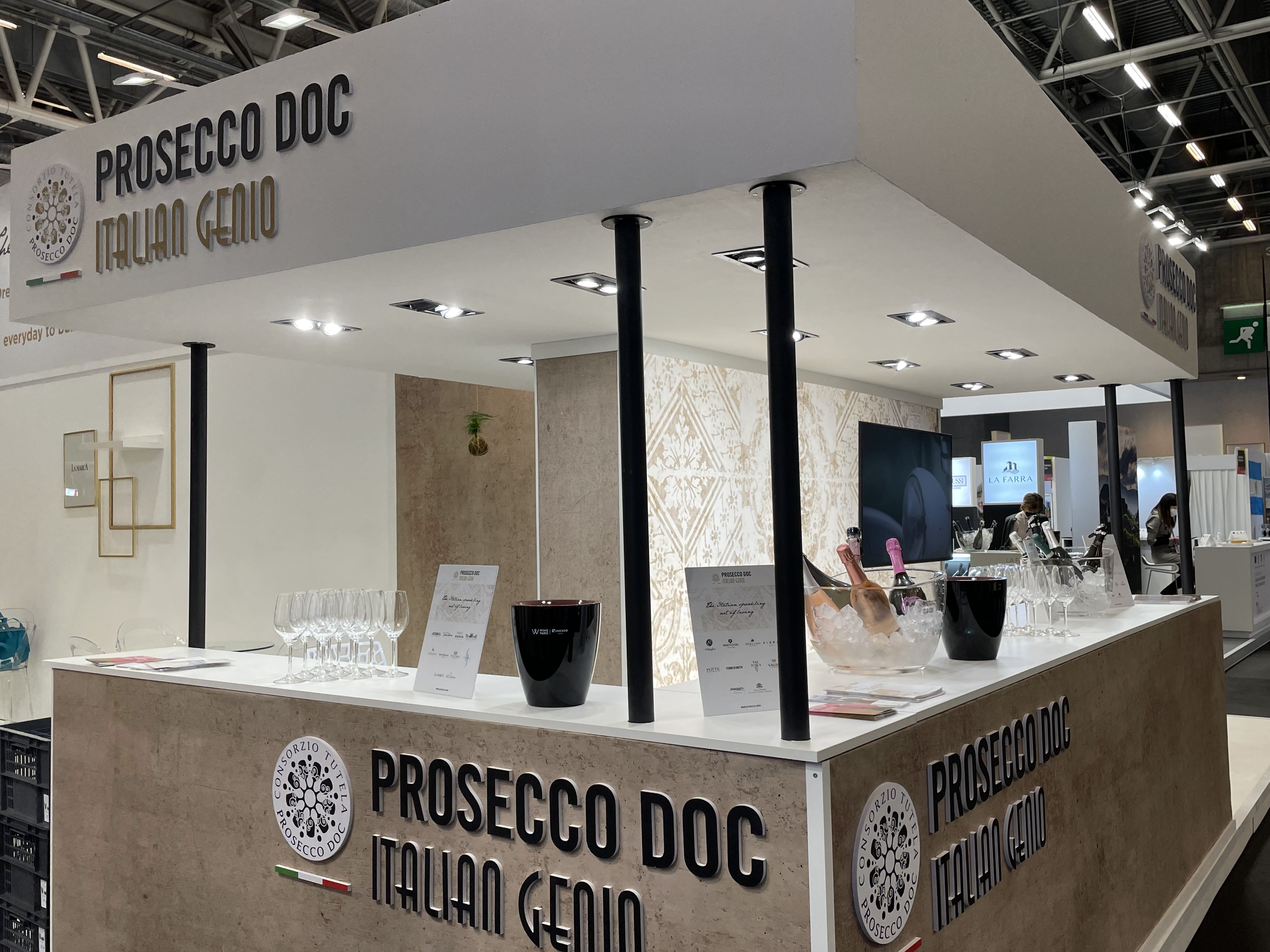 #TheItalianApeRitual waits for you in Taste of London!