The secret places of Prosecco DOC

There are unforgettable places in the lands of Prosecco DOC, just think of Venice, Pordenone, the Palladian Villas without forgetting the naturalistic environments and artisan villages of which the territory is full: beauty, nature, know-how. Simply The Italian Genio.

This time we want to take you to the lesser known places in Veneto and Friuli Venezia Giulia and let you discover a new and unexpected territory. Just like when you taste Prosecco DOC and catch a different nuance.

5 places you probably don't know and should take time to visit during a visit to the lands of the Appellation.

Brendola is a small town in the province of Vicenza whose cathedral has a peculiar name.  It is the church of St. Michele Arcangelo but it is known by the name "Incompiuta". The story begins in 1939 with Don Francesco Cecchin, who started to build it on a project by architect Fausto Franco with the support of all the parishioners. Ten years later, when the pastor died, work stopped, giving way to abandonment. Today it is as unusual as it is striking and impressive. The structure has only the supporting structure but lacks the facade and interior. 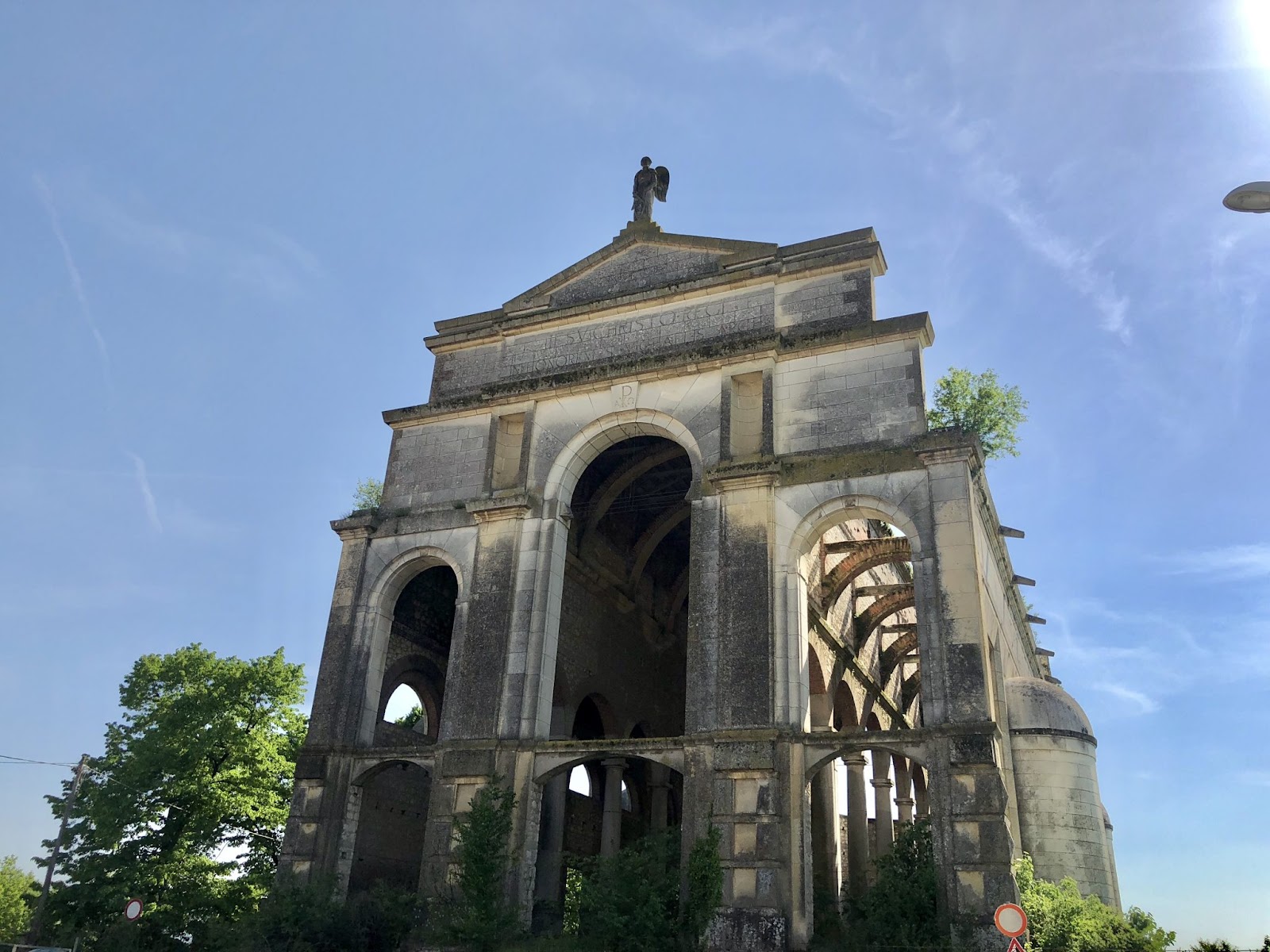 We move toward Belluno to arrive at Fumegai. Born as a seasonal pasture on an isolated road, this hamlet saw abandonment around the early 1900s. Only around 1960 did some flower children repopulate the hamlet temporarily, abandoning it again a little later.
Today it is a hodgepodge of houses and quotidian details still present among tableware, pictures on the walls and clothing. A curiosity: the name Fumegai comes from the soot from the fireplaces, often found on the clothing of the inhabitants who, whenever they showed up in town, were immediately recognized.

Let's make a quick pit-stop in Venice to tell you about a striking house, almost completely surrounded by water. Yes Venice but unusual too. Head towards the Sestiere di Castello, the house will be visible from Ponte dei Conzafelzi that connects Calle Vesier to Calle Bragadin or Pinelli, impossible not to notice it immersed in water and surrounded by three canals, it is certainly one of the most photographed places in Venice.. It is limited by a private gate, which allows access only to the people who live there, but a stroke of luck could leave it open to observe the inner courtyard. 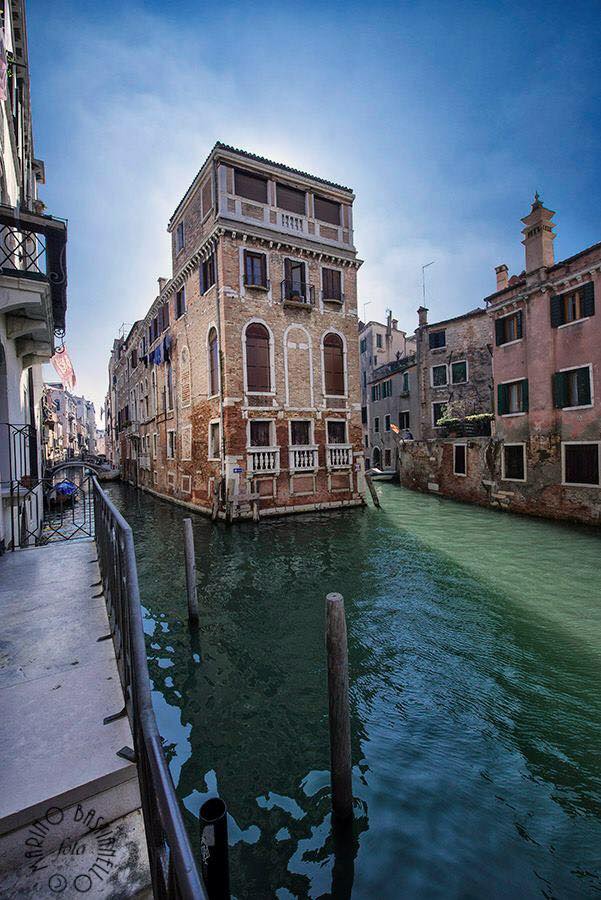 Movada is a village in the Tramontina Valley in Friuli Venezia Giulia, and its peculiarity is rather unusual: the village is completely submerged and its roofs can be seen only when Lake Redona recedes.

Until the 1950s there were three villages, inhabited by simple people with a very humble daily routine: Modava, Fleur and Redona Vecchia. With the construction of the Racli Bridge dam, the water of the Meduna River flooded those places, which were submerged and slowly disappeared. Today it is possible to see them when the summer heat dries the river water and allows the ruins to appear, still intact despite the inexorability of the river and time.

Last but not least, a scenic trail that we are sure will take your breath away. If you are already enchanted by the beauty of Trieste, extend your stay and enjoy the beauty of the Duino Cliffs Nature Reserve.  Leaving aside the tragic side that sees this path as the backdrop for several suicides, the Rilke Trail connects Duino and Sistiana and is dedicated to the Bohemian poet who drew inspiration for his Duino Elegies in these very places. The eyes are pervaded by the beauty of the cliffs of the Karst Plateau, the typical flora of the area, and the Upper Adriatic shimmering in the sun among lapis lazuli and diamonds. 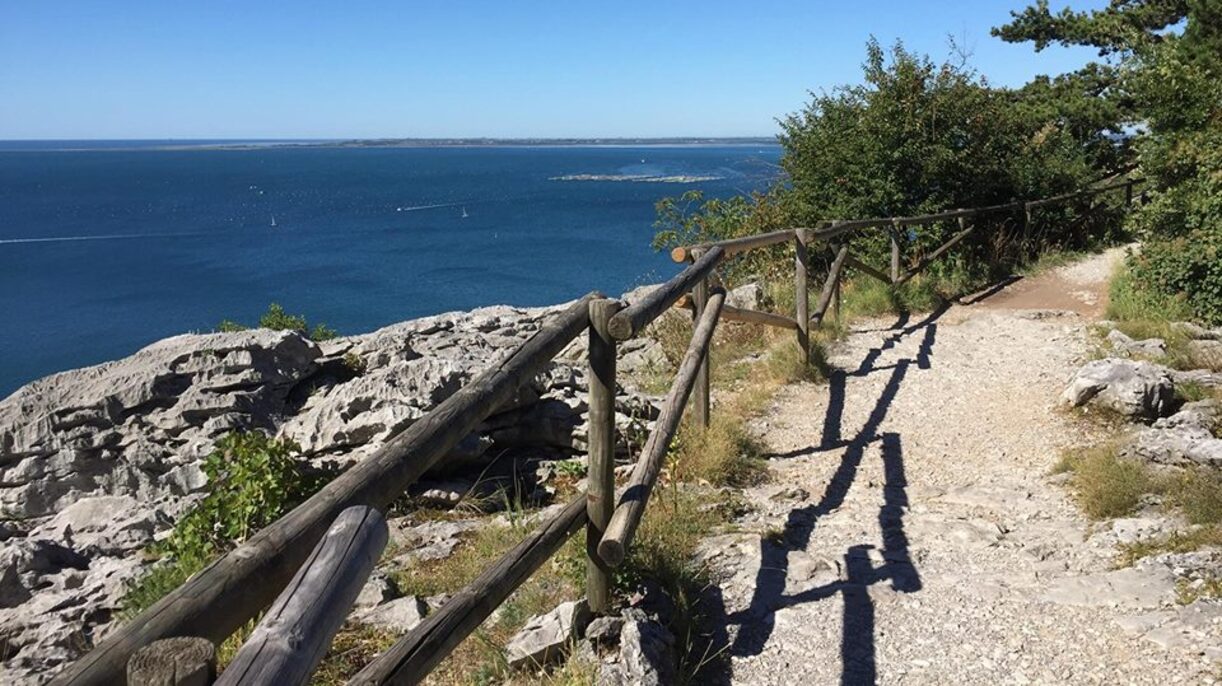