“Donne in movimento” (Women in movement) tells the stories of young women who have successfully turned their passions into a profession.

Adua Villa reveals career paths that stem from genius, resourcefulness and the determination to achieve ambitious goals in the most diverse fields: from sport to fashion, design to journalism and from music to theatre.

Adua Villa and Giulia Conti met at the Terrazza Prosecco Doc in Portopiccolo. Giulia is a multiple Olympic medallist and 2015 winner of the Italian, European and world sailing championships. Giulia was born in Rome but later relocated to Brescia. She began practising sport early on thanks to her parents who enrolled her on a sailing course in the hope of giving her a chance to let off steam. After a brilliant competitive career, and after being awarded the Collare d'Oro al Merito Sportivo, the highest honour conferred by CONI, the Italian Olympics committee, Giulia decided to share her experience and talent, becoming the coach of the US Olympic team. Giulia has guts and she knows just how to tackle the challenges that lie ahead of her with grit and determination. Adua raised a toast to her with Prosecco DOC Rosé and accompanied it with the best expression of good wishes a sailor can receive: May the wind be at your back!

4 athletes of the Prosecco DOC Imoco Volley Conegliano, 4 women who are living the dream they've been cultivating their whole life: to reach the top of the volleyball world. Adua Villa meets them to get to know them closer, to talk about their everyday life, about the joy and the choices imposed by their roles. Joanna Wolosz, Miriam Sylla, Paola Egonu, Monica De Gennaro constantly live in the spotlight, followed, admired and emulated by fans. An enviable life, but very challenging as well, with which the four players deal with the right awareness and with a touch of lightness. Engagement, self-denial, team work and shared goals: these are the values that the star players show to their followers and have in common with Prosecco DOC, naming sponsor of the Prosecco DOC Imoco Volley Conegliano.

Anca Vasile Caraman, a successful young violinist from Brescia of Romanian origin, heard the magical sound of the violin at the age of 4. It was love at first sight, a deep and lasting love. Anca has recently completed the video recording of Niccolò Paganini's 24 Caprices, one of the most complex works for solo violin, and Bach's 6 sonatas and partitas. Now she can’t wait for the theatres to reopen fully so she can re-connect with her live-concert public and celebrate with Prosecco DOC Rosé.

After a degree in economics and a job in an investment bank, Giulia Rastello took the momentous decision to become a jewellery designer, successfully turning her childhood passion into a profession. The road was not easy, but her determination won through. All her jewellery is unique and custom-made by master goldsmiths in Valenza, one of the world capitals of goldsmithing and jewellery making. We raise a toast with Prosecco Doc Rosé to Giulia and all the young entrepreneurs who have made their dreams come true.

Prosecco DOC Rosé is close to all the artists of the entertainment world. Adua Villa met Maria Chiara Centorami, an established actress who is currently involved in various theatre and film projects, and together they visited the Goldoni Theatre, the oldest in Venice. Maria Chiara is in the cast of Gabriele Muccino’s series “A casa tutti bene” and she hopes to return to the theatre soon. 🥂 We raise a toast to her with Prosecco Doc Rosé and… Let the show begin!

Savina Confaloni, a leading name in automotive journalism, has turned her passion for engines into a career. Savina covers national and international events for major publications and competes in vintage car races as a navigator, always with female drivers: all-women teams who, after the competition, toast with Prosecco Doc Rosé. 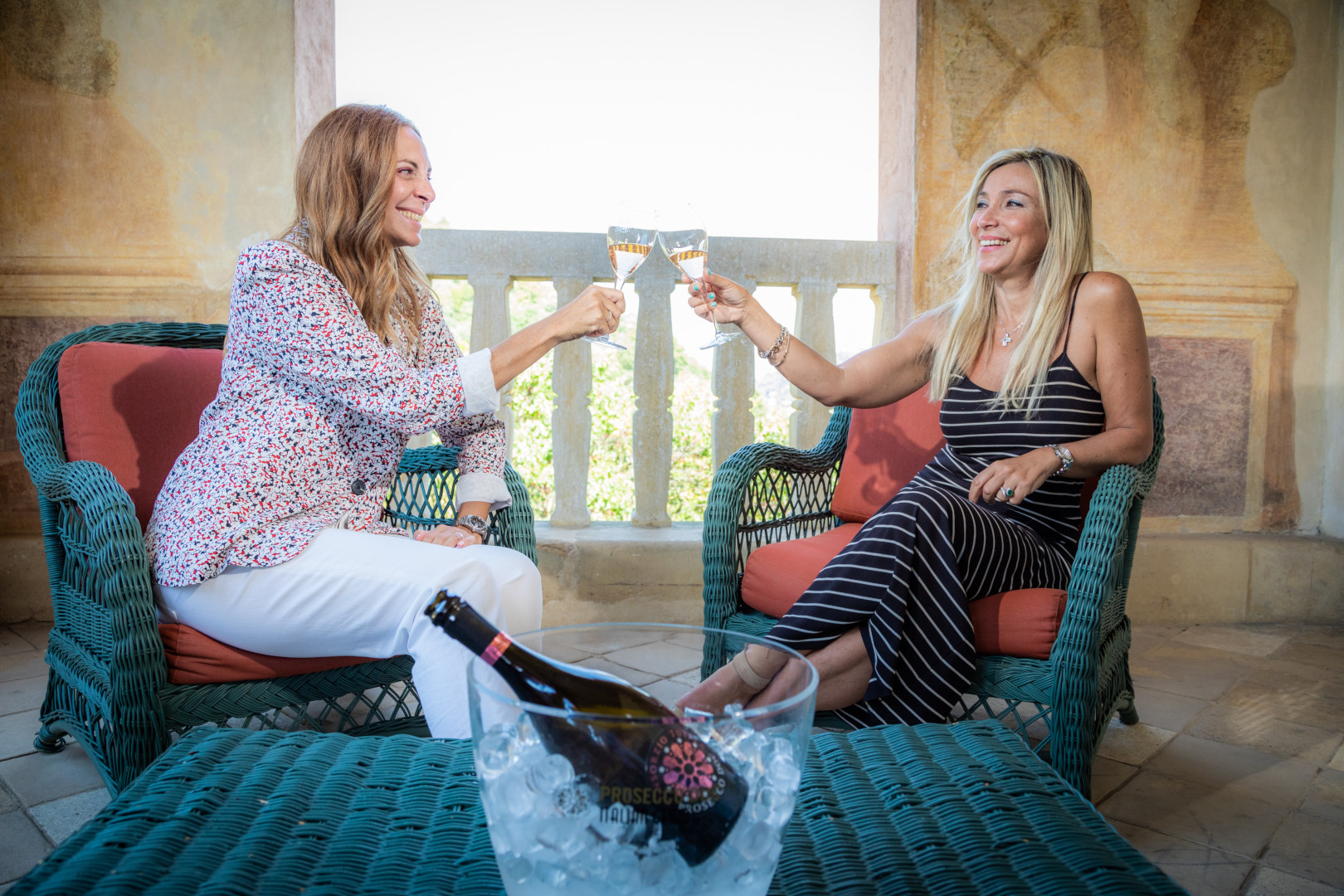